The Atari VCS is a retro-inspired game console that’s also basically a cheap, low-power Linux computer designed to look like an Atari console from the 1980s.

It was also something of a flop – early reviews weren’t particularly flattering, and in its most recent earnings report, Atari says sales of VCS consoles and cartridges fell “from €2.3M to €0.2M, primarily resulting from cartridge activity and underperformance by the VCS” compared with the previous half of the year. So the company is shifting its strategy. 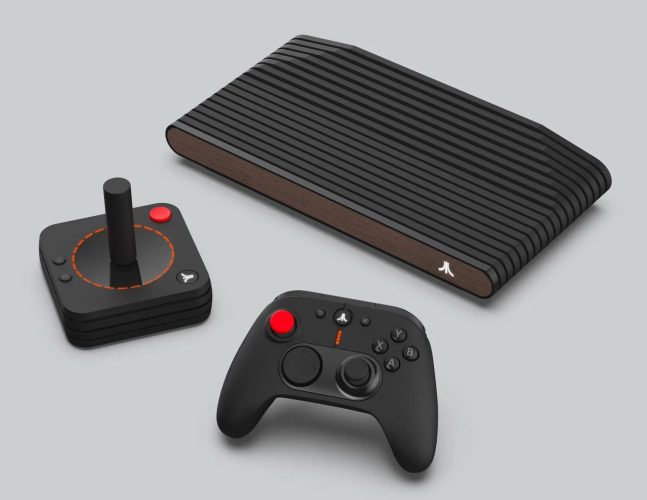 In a nutshell, the company says its suspending “existing VCS manufacturing contracts.”

That doesn’t mean the company is getting  out of hardware altogether – the report also suggests Atari is planning to implement “a new commercial strategy for VCS” and to launch “a complementary hardware strategy via partnerships and under licensing agreements.”

In other words, we could see third-party joysticks, controllers, and other accessories for the VCS. Or Atari could license its name for use on other game systems.

Meanwhile the company plans to continue launching new “premium games” based on Atari’s intellectual property… and to cash in on some of that IP with “new NFT initiatives” and other blockchain-related projects. sigh

Meanwhile, folks who actually want to get their hands on an Atari VCS system can pick one up at a discount. They’re selling for 20% off at Atari.com, bringing the starting price down to $160 for a VCS console alone or $240 for an all-in-one bundle that also include a joystick and a modern controller.