LG is holding an event on September 14th, when the company is expected to officially launch its next weird phone.

And when I say weird, I mean the upcoming LG Wing is a convertible smartphone with two displays… except rather than unfolding to create a tablet or book-like device, the screens swivel to create a T-shaped gadget.

Over the past few weeks we’ve seen leaked images and videos, but they’ve left a lot to the imagination about exactly how the folding mechanism works or what the back of the phone will look like. Now we have some answers to those questions. 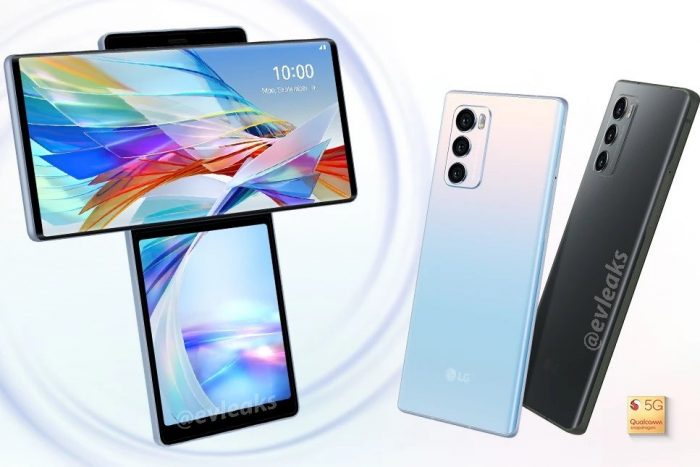 A new short video surfaced this week, showing what the phone looks like when it folds to transition from a T-shaped device to one that looks more like… well, a phone. And today Evan Blass posted a new image that show the front and back of the phone

So at this point we know it’ll have three rear cameras, slim front bezels, and the unusual dual-display design that allows you to do things like:

Rumor has it that the phone may have mid-range specs and a premium price tag. But at least it stands out in a crowded smartphone market where most modern phones have similar features.

LG is no stranger to thinking outside the box in the smartphone space. The company has dabbled in modular phones and dual-screen accessories. Some of those experiments have been short-lived (modularity lasted one whole generation). But you never know what the next big thing will be until it gets big, I guess.

via PhoneArena and 9to5Google

5 replies on “At least LG is trying something new, I guess (More LG Wing leaks)”