Asus has been offering a line of affordable smartwatches powered by Google’s Android Wear operating system for the past few years. But it seems the upcoming Asus ZenWatch 3 will be a little different.

While the first two watches in the lineup had square(ish) displays, the new model will have a round watch face. 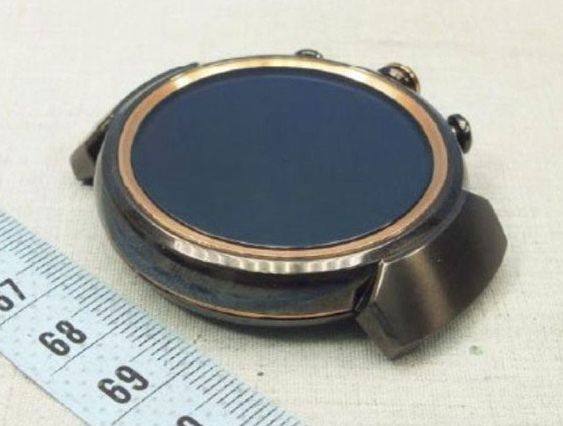 The FCC listing just showed a drawing of the back of the watch, where the label would be located. But that was enough to let us know it would be round.

The NCC listing, on the other hand, included a whole bunch of actual photographs of the watch. The website has removed those pictures, but it’s hard to make that sort of thing really disappear from the internet.

While there’s still no information about the watch’s actual specs, the pictures suggest the new watch will have a metal frame, three physical buttons on the side, and a charger that connects to the back of the watch.

It’s likely that the ZenWatch 3 will run the latest version of Google’s Android Wear software, which is compatible with Android and iOS phones.

We’ll probably find out more about the watch on August 31st. That’s when Asus is holding its press conference ahead of the IFA consumer electronics show in Berlin.