You can dramatically change the look and feel of most Android devices by installing a third-party launcher app. These apps change the look of the home screen and app drawer and offer new ways to group, sort, and search your apps and widgets.

So if you don’t like the launcher that comes with your phone, you can always try installing an alternate launcher like Nova, ADW, Evie, or the Google Now Launcher.

Or you could make your phone look like an Asus Zenfone… because now you can install the Asus ZenUI launcher on just about any phone running Android 4.3 or later. 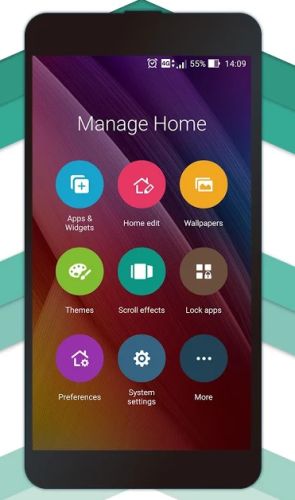 Honestly, I’m not all that sure why you’d want to do that. While I was reasonably impressed with the performance of the Asus Zenfone 2 I reviewed last year, the phone’s least compelling feature was probably the software that came pre-loaded (and over time, the biggest complaint I hear about Asus phones is that the company is slow to roll out OS updates, but that’s not really relevant when we’re talking about a launcher app).

That said, I guess it’s always nice to have options… and if your previous phone was an Asus Zenfone and you liked the ZenUI launcher, it’s nice to know you can use it on your next phone, whether it’s made by Asus or not.

The launcher has a few nice features including support for customizing the font sizes and styles and icon sizes, support for themes and icon packs, and options to automatically group related apps using a Smart Group feature.