Asus and Verizon are now offering a follow-up to last year’s Zenpad Z8 tablet. The new model is called the Zenpad Z8s, and like last year’s model it’s an Android tablet with a 7.9 inch, 2048 x 1536 pixel IPS display and a $250 price tag.

But the processor, memory, and operating system have all been upgraded. 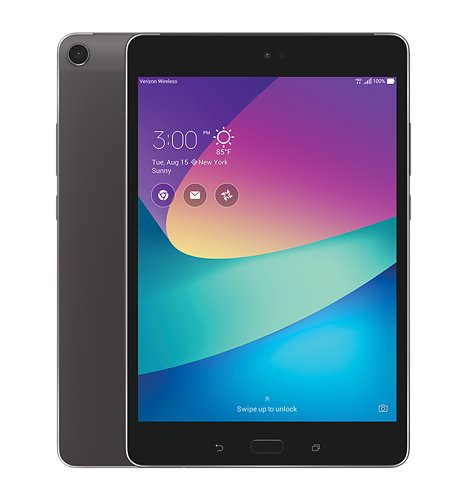 Other features include 16GB of built-in storage, a microSD card reader, a 4,680 mAh battery, a 13MP rear camera, and a 5MP front-facing camera. It has a USB Type-C connector and headphone jack, a physical home button, and capacitive back and recents buttons.

The tablet supports Verizon’s LTE network, as well as 802.11ac WiFi and Bluetooth 4.2.

Verizon sells the tablet for $250 outright, or you can pay $10.41 per month over 24 months if you’d rather not spend that much all at once. Sign up for a 2-year data plan that covers the tablet and you can get the Zenpad Z8s for $150.