Asus unveiled the tablet in June, and now it’s available from Best Buy and up for pre-order from other stores including B&H and Adorama. 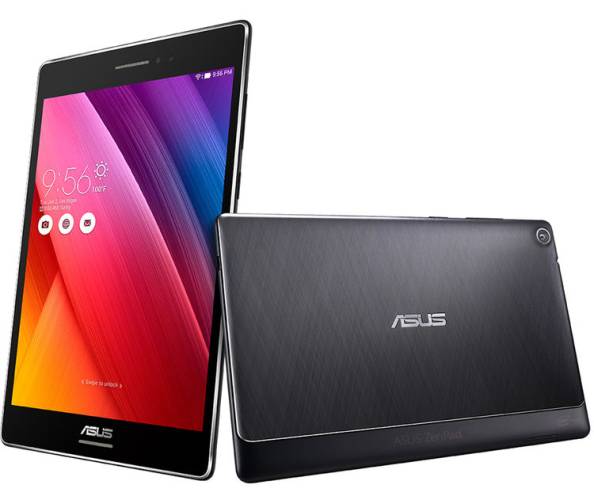 The tablet ships with Android Lollipop software, and it’s powered by an Intel Atom Z3560 or Z3530 processor (some stores are showing one CPU while others show the other… but the Asus website says the tablet has the slightly less powerful Z3530 chip).

The chips are based on Intel’s Moorefield platform and are basically slightly cheaper versions of the chip used in the Asus Zenfone 2 smartphones I recently reviewed. It was remarkably fast for a smartphone that sells for under $300.

Asus also plans to launch a higher-priced model of the ZenPad S 8.0 with up to 4GB of RAM, faster chips, USB Type-C connectors, and other premium features.