The first smartphone to feature Google’s “Tango” 3D scanning technology went on sale earlier this month. But the Lenovo Phab 2 Pro may get company next year.

Taiwanese site Sogi reports that Asus plans to launch its own phone with Tango features next year. The company will reportedly show off the upcoming Asus Zenfone AR at the Consumer Electronics Show in January. 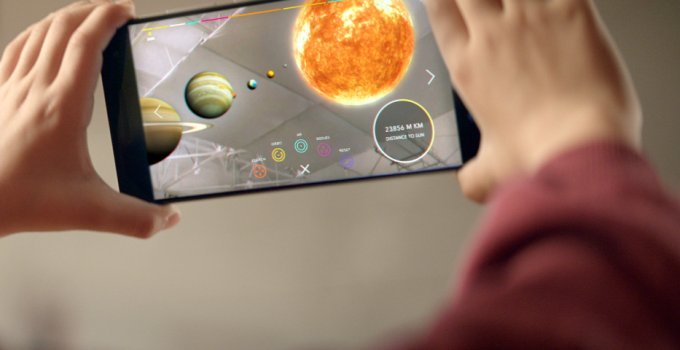 The AR stands for “augmented reality,” since the phone would allow you to do things like create a 3D map of a real-world environment and then run apps that superimpose virtual objects on top of real scenes. For example, you can play video games where space aliens jump out from behind your couch, or you could use a home decorating app to see what your walls would look like if they were painted a different color.

Some existing Tango apps let you do things like measure spaces and figure out what new furniture would look like if placed in a room.

Sogi says Asus officials mentioned during a recent call with investors that the company could bring the phone to market in February, but I wouldn’t hold my breath: Asus has a habit of showing new gadgets at CES and not actually beginning to sell them until many months later.

Asus is also said to be prepping its Zenfone 4 line of smartphones for introduction in the second quarter of 2017. And the company may launch a standalone VR headset (that doesn’t require a phone) in mid-2017.