The Asus Zenfone AR is the first smartphone to support both Google’s Daydream virtual reality and Tango depth-sensing and 3D mapping platforms. Previous phones have supported one or the other, but not both.

First unveiled at the Consumer Electronics Show in January, the phone recently went on sale in Taiwan.

Now you can buy one in the US. Verizon is selling the Zenfone AR for $648, or $27 per month if you’d rather spread out your payment over the course of 24 months.

Update: It looks like you can also buy a carrier unlocked model from Amazon for $599 and up. 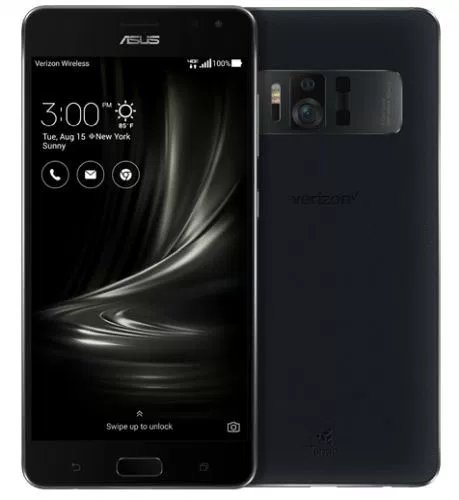 The US version of the phone is a Verizon exclusive, at least for now. And it has 6GB of RAM, rather than the 8GB that some international versions may have.

While the phone has last year’s top-of-the-line Qualcomm Snapdragon 821 processor instead of the newer Snapdragon 835 chip, the rest of the Zenfone AR’s specs are certainly flagship-level.

What makes it special though, are the two other cameras on the back of the phone, which are used for motion tracking and depth sensing, allowing you to use Tango apps for augmented reality experiences ranging from games to home decorating.

Of course, that would have been a lot more exciting if the phone had shipped before Apple unveiled ARKit. While Apple’s iPhones and iPads lack the specialized hardware you’ll find in Google Tango-enabled products, developers have already started to create some pretty impressive augmented reality apps that will be compatible with iOS 11 when Apple ships the latest version of its mobile operating system.

You can order the Asus Zenfone AR from Verizon… although that link doesn’t always seem to work. If it doesn’t take you straight to the order page, you may have to browse or search for the phone.