Unveiled at CES in January, the Zenfone AR is now available for purchase… if you happen to be in Taiwan. A global launch is expected to come later this year. 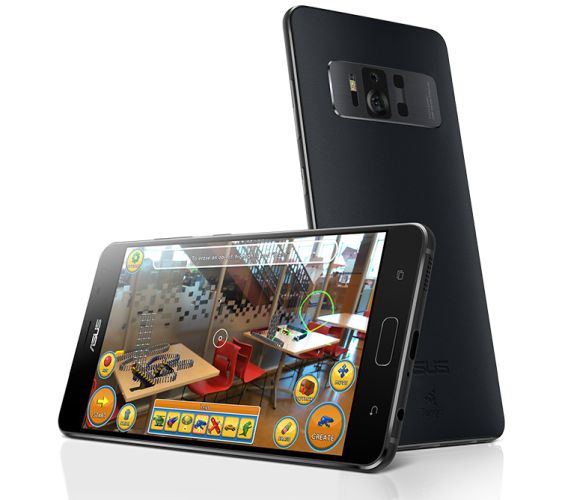 But it’s what’s on the back of the phone that’s most important: the Zenfone AR has a 3-camera system.

There’s a 23MP camera for snapping photos. It has optical and electronic image stabilization and a dual LED flash bulb. But there are also two additional camera for depth sensing and motion detection.

Like last year’s Lenovo Phab Pro 2 Pro, that allows the phone to run Tango apps including games that superimpose virtual items on real-world environments, home decorating apps that let you paint the walls virtual colors or see if a couch or refrigerator will fit into your space, and other augmented reality apps that require precise measurements.

The Asus Zenfone AR also works with Google’s Daydream View virtual reality headset and any future headsets designed to support the Daydream platform. Putting VR and AR onto the same phone could theoretically open up new doors for different types of apps that let you interact with Tango apps while wearing a headset, but I suspect we’ll need to wait for Tango to become a bit more popular before developers spend a lot of time developing those apps.

Asus is selling as Zenfone AR model with 8GB of RAM and 128GB of storage for 24,990 New Taiwan Dollars (about $810), but international pricing and release dates haven’t been announced yet.

via MyDrivers and GizmoChina