As expected, Asus has unveiled a new phone that supports Google’s Tango technology for creating 3D maps of the world around you and interacting with them… and which also supports Google’s Daydream virtual reality platform.

Google helped unveil the phone at the Consumer Electronics Show today, to demonstrate some of the experiences possible. Right now there are a few dozen Tango-ready apps available, but Google says to expect more. 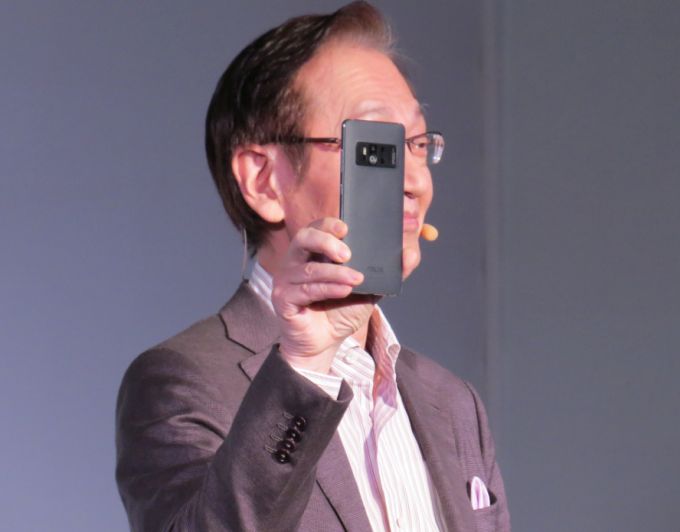 The president of Gap, for instance, took to the stage to talk about a virtual dressing room app that lets you “try on” clothes by building a mannequin that matches your body type and seeing what shirts, pants, or other items look like… as you walk around the virtual mannequin.

So you can hold your phone in front of you and see what the clothing looks like from the front, back, and sides in a way that would be difficult to do if you were actually trying on the item yourself.

The app uses The Gap’s CAD files for clothes and generates imagery on the fly for virtual models, so there’s no need to film actual models for the app.

The Gap app should be available by the end of January.

There are also gaming applications. Google demonstrated a Hot Wheels app that lets you build virtual tracks in real-world environments, allowing you to pick up “pieces” of the track and place them on a track just by moving the phone up, down, left or right.

And then you can launch a car and watch it run through the track you’ve created, or view tracks built by others.

The phone has a three-camera system to make those sorts of applications. There’s a 23MP primary camera as well as additional cameras for motion sensing and depth sensing. 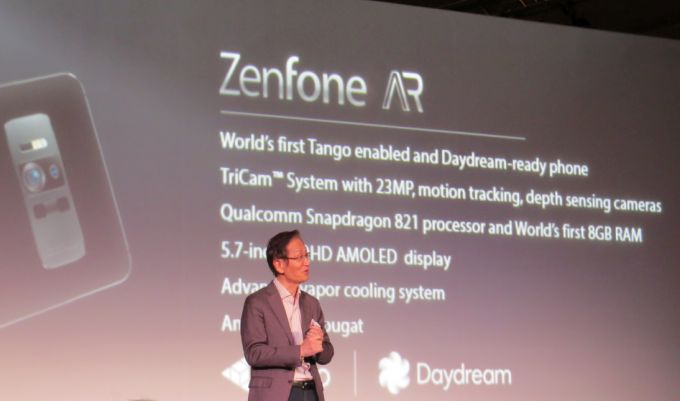 As for the rest of the phone’s features, it has a 5.7 inch, 2560 x 1440 pixel Super AMOLED display and a Qulacomm Snapdragon 821 processor. It runs Android Nougat software, and Asus plans to release the Zenfone AR in the second quarter of 2017.

Asus and Qualcomm say they’ve optimized the version of the Snapdragon 821 chip in the phone to support Tango. And Asus also uses a vapor cooling system to keep the phone from overheating while in use.