The new Asus Zenfone 9 is a phone that packs a lot of the features you’d expect from a modern flagship… and some you wouldn’t. It has a 120 Hz FHD+ AMOLED display, a Qualcomm Snapdragon 8+ Gen 1 processor, and support for up to 16GB of RAM and 256GB of storage.

But there are two features that truly help set the Zenfone 9 apart. The first is a camera system that features a 50MP Sony IMX766 primary camera with a gimbal-style stabilizer for steadier shots. The second is that with a 5.9 inch display, the Asus Zenfone 9 is on the small side by modern smartphone standards. 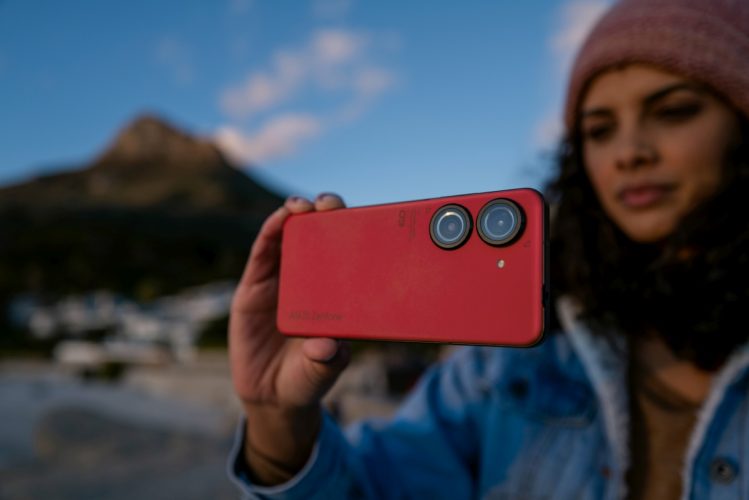 Of course, a few years ago a 5.9 inch phone would have seemed enormous. But times have changed. These days screens are taller, aspect ratios are wider, and bezels are slimmer. All of which means that a modern 5.9 inch phone isn’t much larger than an older model with a 5 inch screen.

Despite that small(ish) size, the phone packs a 4,300 mAh battery and the aforementioned gimbal system which includes a 6-axis hybrid gimbal stabilizer that allows the entire camera (including the lens and sensor) to stay steady even if the rest of the camera is shaking, which should result in fewer blurry shots, improved low-light photography (which involves longer exposure times), and better stability while shooting video.

The Zenfone 9 isn’t the first smartphone to feature gimbal-style image stabilization. But it’s still a pretty uncommon feature to find in a smartphone, and it could help the phone stand apart in an increasingly competitive market.

Prices are expected to start at around €799 for a model with 8GB of RAM and 128GB of storage when the phone goes on sale in Europe soon. It’s also coming to North America eventually, but pricing hasn’t been announced yet.

Here’s a run-down on some more of the phone’s key specs: