The Asus Zenfone 8 is designed to be a compact phone (by modern standards), with a 5.9 inch display, a 4,000 mAh battery, dual rear cameras, and a single selfie camera. The new Asus Zenfone 8 Flip is a larger model with a 6.7 inch screen, a 5,000 mAh battery, and a tripled-camera system that can flip over the top of the phone, allowing you to use the same high-quality cameras for selfies as you do for everything else.

Both phones go on sale in Europe starting May 13, 2021. They should be available in the United States later this year. 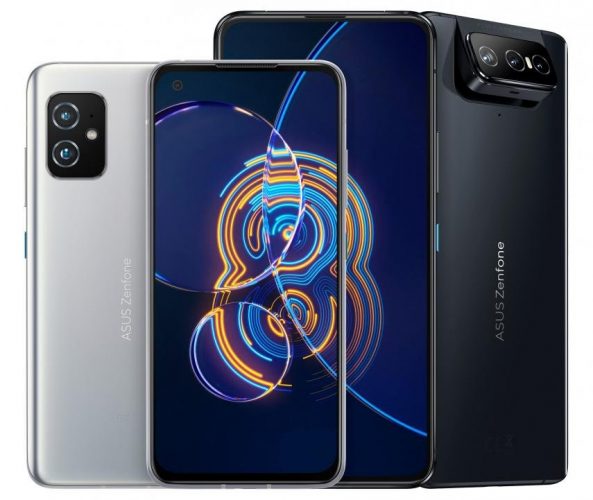 With a starting price of 599 Euros ($730), you might think this is a budget offering, but Asus is positioning it as a flagship with support for up to 16GB of LPDDR5 memory and 256GB of UFS 3.1 storage, although the entry-level model will have just 6GB and 128GB. 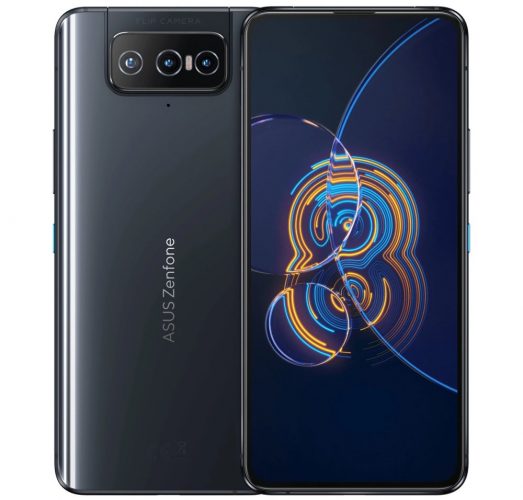 It has a USB 2.0 Type-A port with support for 30W wired fast charging, a n IP68 water resistance rating, and an under-display fingerprint sensor. The phone also has a headphone jack, something that’s increasingly difficult to find on flagship phones.

This model is larger and pricier, selling for 799 Euros ($965) and up. But only some of the specs are incontrovertibly better than the phone’s smaller sibling. 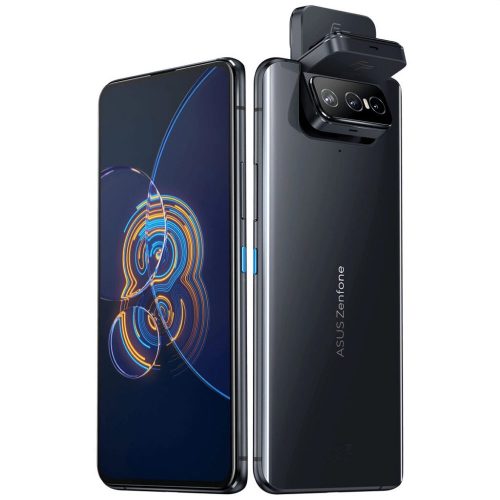 What this model does have to offer is a single camera system that you can use for everything. Not only can it snap photos from the back or front of the phone, but you can also slide the camera out at any angle to capture shots at a 45 degree, 90 degree, or 135 degree angle – those are just some of the presets, but you can choose your own.

Asus says you can even record video while the camera is in motion, or use an auto-panorama mode to hold your hand still as the camera takes a picture, moves, takes another, and so on in order to stitch together a panoramic image.

The camera system consists of:

The Zenfone 8 Flip also has at least one thing the standard Zenfone 8 lacks – a microSD card reader. The larger phone supports dual SIM and a removable storage card.