The Asus ZenFone 5Z is a smartphone with flagship-level specs, but a reasonably affordable price tag.

Asus unveiled the phone at Mobile World Congress, and the ZenFone 5Z is expected to sell for $499 and up when it hits the streets in June (or 479 Euros).

That’s a pretty good price for a phone with a Qualcomm Snapdragon 845 processor, a 6.2 inch Full HD+ IPS display with a 19:9 aspect ratio, dual cameras, and UFS 2.1 storage. 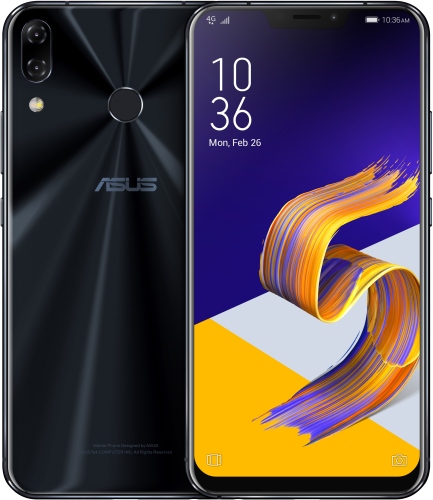 If you’re wondering why this phone has a 19:9 display rather than the more common 18:9 (or 2:1), it’s to make up for the fact that the phone has a camera cut-out, or notch above the display. 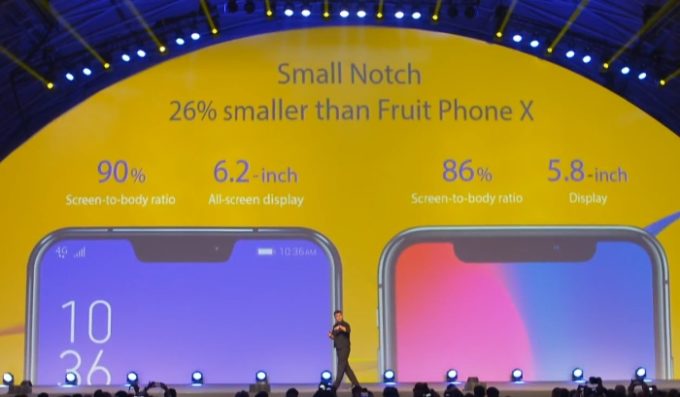 Asus says the Zenfone 5Z notch is 26 percent smaller than the one on the iPhone X. But unlike the iPhone, the Asus Zenfone 5Z will put a black bar at the top of the screen when you’re playing videos, so the picture doesn’t wrap around the notch.

Thanks to the 19:9 screen, that means you can watch 18:9 videos with a black bar without cutting anything off.

The phone will be available with up to 8GB of RAM and up to 256GB of storage.

The rear camera system includes a 12MP primary camera with a Sony IMX363 image sensor, an f/1.8 aperture, optical image stabilization, and an 83 degree field of view and a secondary camera with a 120 degree wide-angle lens.

Other features include support for either using two SIM cards or a SIM card and a microSD card and 4K video recording at up to 60 frames pr second. The phone has stereo speakers and supports 7.1 channel virtual surround sound via headphones. 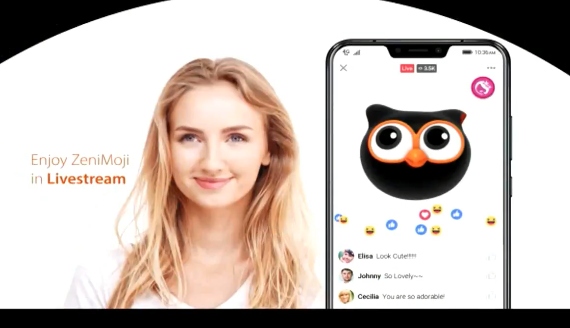 It also has a new feature called ZeniMoji which is basically the Asus answer to Apple’s animoji (and Samsung’s AR emoji). Users can point the selfie camera at their faces to “animate cute avatars using their own voice, facial expressions, and head movements” in video chats, or live video streams.

The Asus ZenFone 5Z has a metal frame with a glass back cover, and the phone will be available in blue or silver colors. 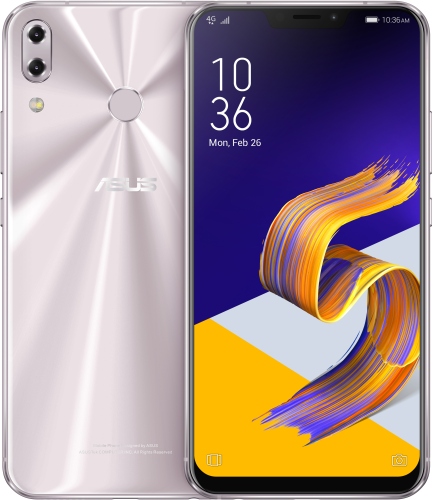 Asus also revealed two other ZenFone 5 Series phones at MWC: the ZenFone 5 (with a similar design, but less powerful specs), and the ZenFone 5Q (also known as the ZenFone 5 Lite, with a 6 inch screen, quad cameras, and a Snapdragon 630 processor).