The Asus Zenfone 3 Zoom just went on sale, but it looks like that may be the last model in the Zenfone 3 lineup.

Over the past few days details about the upcoming Zenfone 4 line of devices have started to leak, and now Asus has provided some more details via the company’s quarterly earnings report.

Among other things, it looks like at least one model (the Zenfone 4 Max) will have a dual camera system on the back. 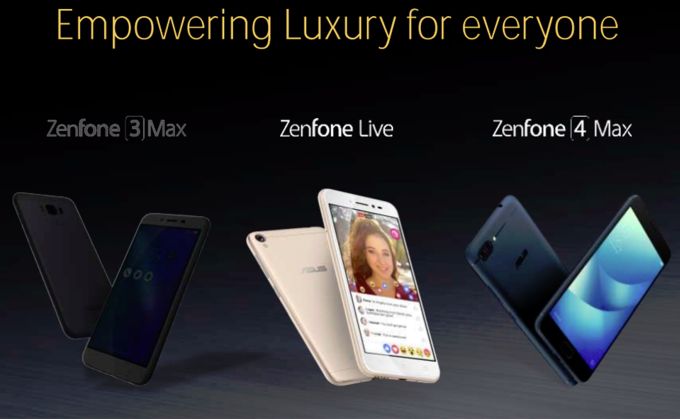 The Zenfone 4 Max is described as a phone that offers “luxury for everyone,” suggesting it’ll be a phone with some premium specs, but an affordable price.

Meanwhile, the Zenfone 4 is part of the “premium luxury” lineup, suggesting it’ll be the next flagship phone from Asus, and the Zenfone 4s is described as an “ultimate luxury” device, which basically means it’ll be more expensive, but have some high-end features.

Detailed specs haven’t been announced yet, but existing “ultimate luxury” devices include last year’s Zenfone 3 Deluxe (with up to a Snapdragon 821 processor, 6GB of RAM, and up to 256GB of storage), and the upcoming Asus Zenfone AR (with 8GB of RAM, a 3-camera system, and support for Google’s Daydream VR and Tango 3D platforms).

So there’s reason to expect the Zenfone 4s to be a high-end device with some stand-out features.

via Zenfone.org, BenchLife.info and Notebook Italia