Asus has already launched a flagship-level smartphone for 2017. The company’s Zenfone AR is a high-end phone with up to 8GB of RAM, a high-resolution display, a Qualcomm Snapdragon 821 processor, and support for Google’s Tango and Daydream platforms for augmented reality and virtual reality.

But the company also has some mainstream phones in the works. We already had a pretty good idea that Zenfone 4, Zenfone 4 Max, and Zenfone 4s models were on the way. Now a Google support document confirms those names… as well as a bunch of others. 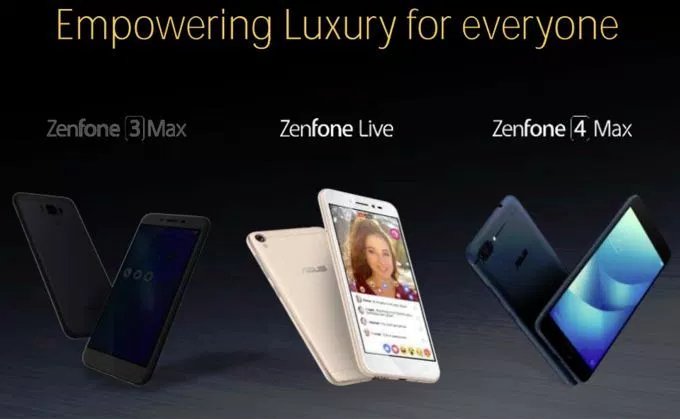 While there aren’t any details other than names and model numbers, the Google document shows that we can expect all of those phones mentioned above, as well as a Zenfone 4V, a Zenfone 4 Pro and a Zenfone 4 Selfie.

Odds are that means at least one model will have a high quality front-facing camera and at least one will have premium features such as a faster processor, better display, or more memory than other Zenfone 4 devices.

Update: As a colleague just reminded me, the Zenfone 5 and 6 are old devices not new ones. Asus has a weird habit of changing the way it names its devices, which is probably going to catch up to the company when it comes time to launch next year’s flagships.

Anyway, here’s what’s in the pipeline for the Zenfone 4 series:

via @rquandt and ZenTalk