Asus introduced the Zenfone 3 smartphone family in May, and now the first models in that lineup are up for pre-order in the United States. But Asus isn’t done… the company has also unveiled several new Zenfone 3 models, including one with some seriously premium specs. 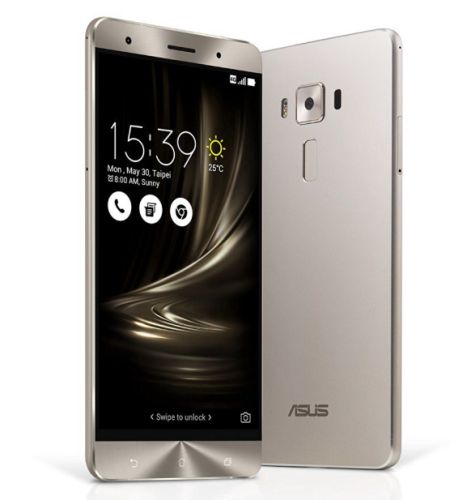 As you’d expect from the price difference, you get a heck of a lot more phone with the Zenfone 3 Deluxe. It features a 5.7 inch, 1920 x 1080 pixel Super AMOLED display, a Qualcomm Snapdragon 821 processor, 6GB of RAM, and 64GB of storage.

It also features a USB Type-C connector with Qualcomm Quick Charge 3.0 support, a 23MP rear camera with laser autofocus and 4K video recording, and an 8MP front-facing camera. Other features include a microSD card slot and a 3,000 mAh battery.

The phone gets its name from the laser autofocus feature for the camera on the back, and it also supports optical and electronic image stabilization.

There’s no word on when mid-range Zenfone 3 with a 5.5 inch full HD display, Snapdragon 625 processor, 4GB of RAM, and 64GB of storage will be available in the US.

But GizChina notes that the company does have a new high-end model called the Zenfone 3 Monarch.

That variant seems to have specs that are similar to the Deluxe model, but instead of a full HD display, it has a 2560 x 1440 pixel Super AMOLED screen.

Another new model is called the Zenfone 3 Ultimate, which seems to have similar specs, but 4GB of RAM and 64GB of storage.