Asus currently offers the Zenfone 2 smartphone with two screen size options. There’s a 5.5 inch version with a 1920 x 1080 pixel display, and a 5.0 inch model with a 1280 x 720 pixel display (although the smaller model isn’t officially sold in the US).

Now it looks like the company has a third option: Asus is showing off a 6 inch Zenfone 2 at the Computex show in Taiwan this week. 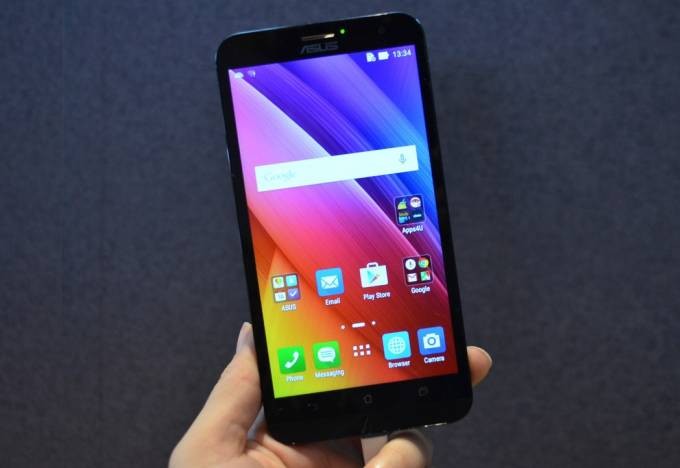 The Asus Zenfone 2 ZE600KL has the same design as its smaller siblings, but it has a 6 inch screen. Oddly the screen is a 720p display, which means the phone has a bigger, but lower resolution display than the version currently sold in the US.

While the phone looks like the smaller Zenfone models, the screen isn’t the only thing that’s different. This model has a Qualcomm Snapdragon 615 octa-core, 64-bit processor instead of an Intel Atom chip. And it has a laser auto-focus feature for its 13MP rear camera.

Asus will offer the phone with 2GB or 3GB of RAM and 16GB or 32GB of storage. You can also remove the rear cover to access a microSD card slot.

Mobile Geeks reports the Zenfone 2 ZE600KL should be available later this year for $399 and up… although it’s not clear what markets the phone will be sold in.