Most top-tier Android smartphones ship with 2GB to 3GB of RAM, but the Asus Zenfone 2 offers up to 4GB of memory. But it looks like Asus isn’t content to offer a phone that has as much memory as a typical laptop. The company also has a model with a laptop-like amount of storage.

Indian retailer Flipkart has posted a product page for an Asus Zenfone 2 smartphone with 4GB of RAM and 128GB of built-in storage. 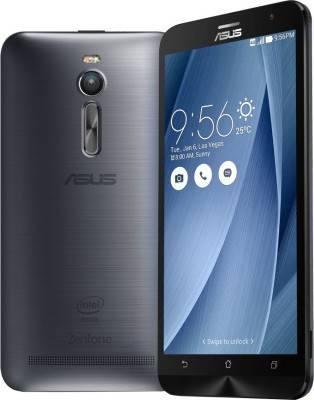 Asus hasn’t started selling the Zenfone 2 in the United States yet. The company had scheduled a launch event for April 28th, but it’s been postponed until May 18th.

When I asked my contact at Asus whether the company would offer the 4GB/128GB model in North America, I was told that it’s not likely (although nothing is written in stone yet).

It’s possible that only some of those models will be made available in the US, where prices are expected to start at $199.

Note that you can purchase an international Asus Zenfone 2 and use it on GSM networks in the US including AT&T and T-Mobile, but the international version may not support all of the 4G LTE bands used by those networks.