The Asus Zenbook 3 Deluxe is a sleek 14 inch laptop that weighs 2.4 pounds and measures about a half inch thick. First unveiled at CES in January, Asus had originally said the Zenbook 3 Deluxe would hit the streets in May for $1699.

Now that May is almost over, the laptop isn’t on sale yet. But it’s already getting a price cut: Asus now says the Zenbook 3 Deluxe will have a starting price of $1199. 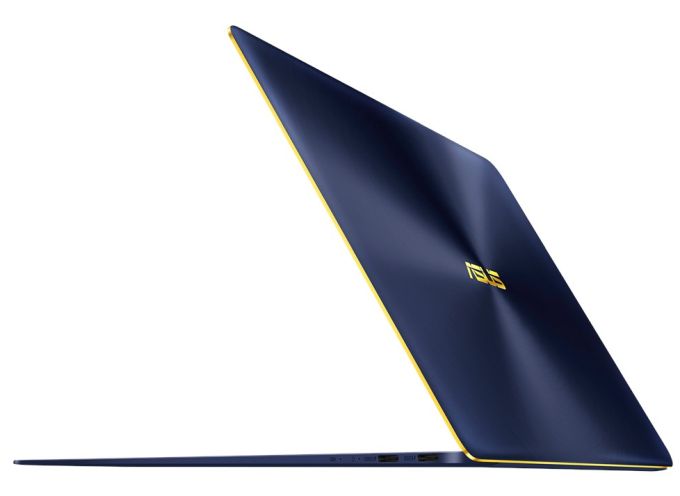 Measuring 13″ x 8″ x 0.5″, Asus says this notebook has a 14 inch display, but a body the size of a typical 13 inch laptop thanks to slim bezels on the sides of the screen. But that’s a feature that’s becoming increasingly common, so pretty soon I think the “big screen in small laptop body” gimmick is going to stop being relevant.

The notebook also has a 3.5mm headphone jack, quad speakers, and an array microphone with support for Microsoft Cortana voice recognition.

Asus equips the laptop with a 46 Wh battery that the company says should provide up to 9 hours of battery life. A 65 watt USB Type-C power adapter comes with the notebook, and Asus says fast charging tech lets you get a 60 percent charge in 49 minutes.

Note that while this laptop is svelte, it’s not fanless: like the Zenbook Flip S, this notebook features a fan, a liquid crystal polymer fan impeller, and a copper-alloy heat pipe that work to keep the system cool.