The Asus Zenbook 17 FOLD OLED is a portable Windows 11 computer with an Intel Core i7-1250U processor, 16GB of RAM, and 1TB of storage. Thanks to a flexible OLED display though, it’s a little hard to decide if this is a laptop or a tablet… it’s probably safest to say it’s both.

First unveiled during the Consumer Electronics Show in January, the Zenbook 17 Fold OLED isn’t available for purchase yet. But that could change soon – Asus has scheduled an event for August 31 when the company says it’ll reveal more information about the computer. 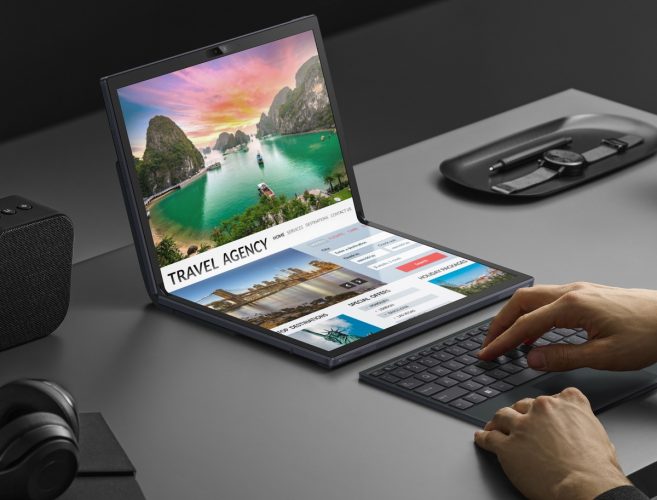 At this point, we already know most of the key features of the Zenbook 17 Fold’s specs and design. But Asus is encouraging users to sign up to receive updates when the computer goes on sale.

The screen can fold at the center, effectively giving you two 12.5 inch, 1920 x 1280 pixel displays with a 3:2 aspect ratio. You can use the top screen as a display and the bottom as an input device with a virtual keyboard. Or you can place a physical keyboard accessory atop the lower screen for a true laptop experience. 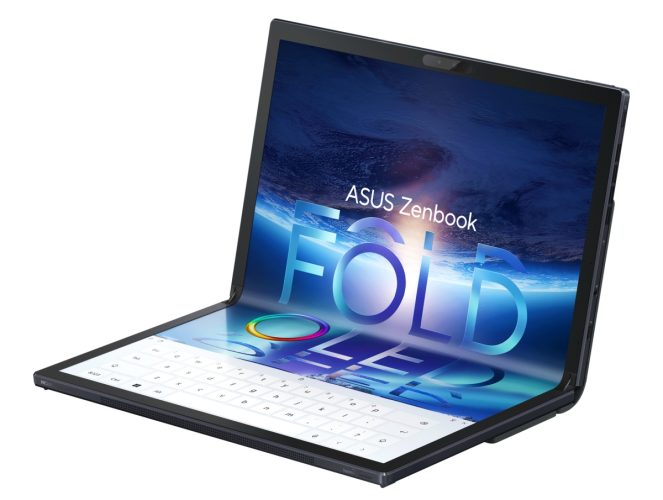 The unusual design also opens the possibility of using the Zenbook 17 Fold in other ways. For example you could bend it at the center and hold it like a book with one page of content on the left and another on the right. Or you could stand it up on a table or desk and use a wired or wireless mouse and keyboard for an all-in-one PC experience.

Under the hood, the computer is powered by Intel’s Core i7-1250U processor, which is a 15-watt, 10-core, 12-thread chip with two Performance cores and eight Efficiency cores plus Intel Iris Xe integrated graphics. Other features include 16GB of onboard LPDDR5 memory (which is not user upgradeable) and a 1TB PCIe 4.0 NVMe SSD on an M.2 card (which means it should be upgradeable). 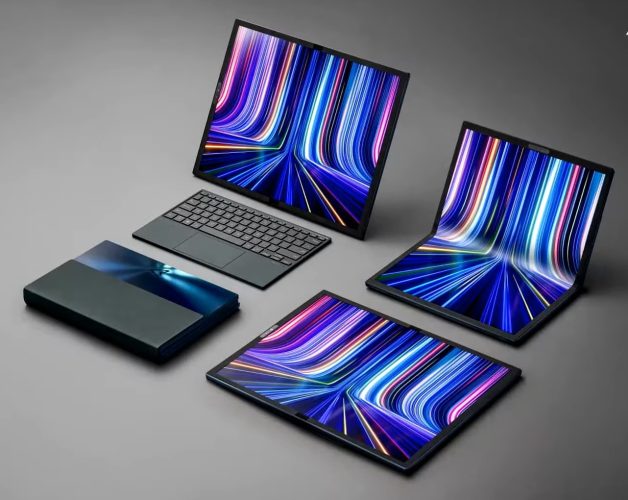 The computer has two Thunderbolt 4 ports and a 3.5mm audio jack, a 5MP camera with IR support for face recognition, stereo speakers, a microphone array, and support for WiFi 6 and Bluetooth 5.

Asus hasn’t revealed pricing yet, but hopefully we’ll find that out later this month.