The Asus Zenbook 17 Fold OLED is a portable Windows computer with an Intel Core i7-1250U processor, 16GB of RAM, a 1TB SSD, dual Thunderbolt ports and a 75 Wh battery.

But what makes this computer special is spelled out in its (lengthy) name. The computer has a 17 inch foldable OLED display that allows you to use the system as a big tablet when unfolded, or like a book or laptop when folded. First unveiled in January, Asus now says the Zenbook Fold OLED will be available worldwide in the fourth quarter of 2022 for $3,499 and up. 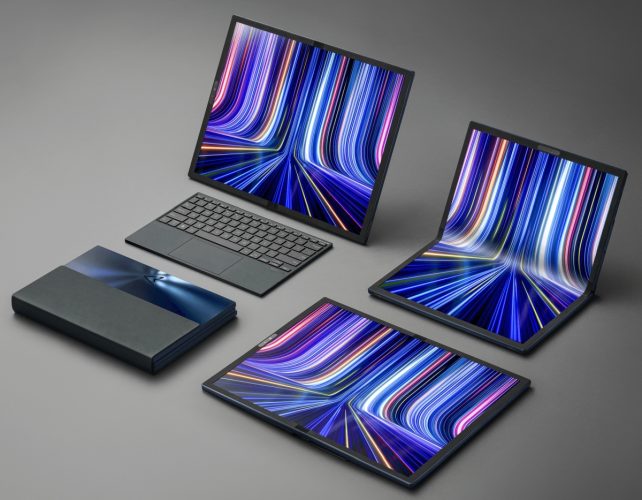 That’s awfully expensive for a mobile computer that’s not designed for gaming or workstation-class performance. But big, foldable OLED displays don’t come cheap, and it’s not like there’s a lot of competition in this space.

While Lenovo beat Asus to market with a foldable Windows device, the original 13.3 inch Lenovo ThinkPad X1 Fold had a smaller screen, a much slower processor, and still sold for $2,499 and up when it launched in late 2020. There is some evidence that Lenovo may have a new 16 inch model on the way, but the company has yet to make an official announcement. 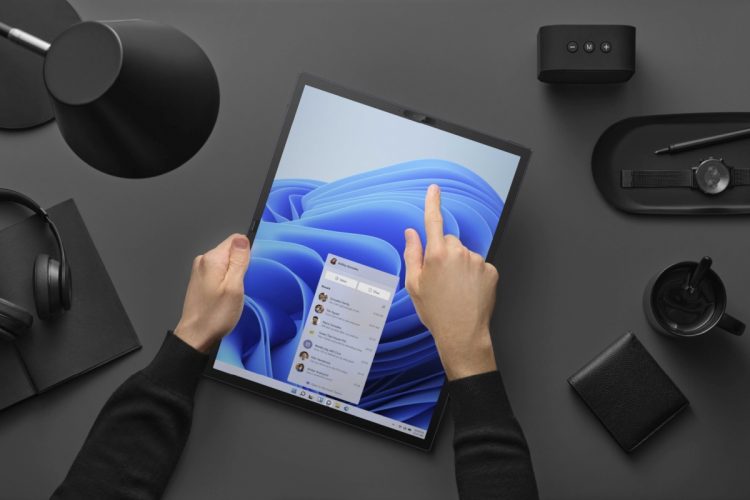 Thanks to a flexible display and a 180 degree hinge, you can also fold the screen down the middle, giving you the equivalent of two 12.5 inch, 1920 x 1280 pixel displays with a 3:2 aspect ratio.

When folded, you could hold the tablet like a book or position it like a laptop with the bottom flat on a desk or table. And since the system is designed for use with an Asus ErgoSense Bluetooth keyboard and touchpad, you can place the keyboard atop the bottom and treat the Zenbook 17 Fold OLED almost exactly like a laptop.

Or you can unfold the computer and prop it up with a kickstand while placing the keyboard in front to treat it more like an all-in-one desktop or kiosk-style system. The stand is covered in a faux-leather material and features a stepless hinge, which means you can adjust tilt of the computer to just about any angle.

In other words, it’s a single computer that you can use in a lot of different ways. Theoretically that’s true of existing 2-in-1 devices like Microsoft’s Surface Pro tablets (which work with detachable keyboards) or Lenovo’s Yoga laptops (which have 360-degree hinges that allow the keyboard to fold behind the screen when you’re not using them). But those devices don’t give you as much screen space as the massive 17.3 inch primary display on the Asus tablet/laptop hybrid. 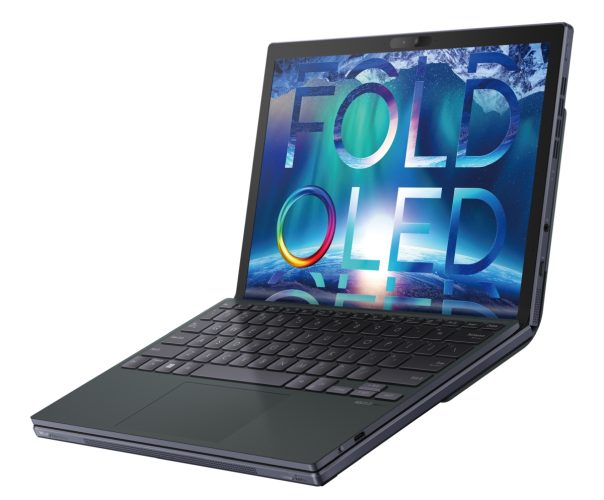 That said, there are some down sides to going with a big-screen foldable like the Asus Zenbook 17 Fold OLED. Not only is it substantially more expensive than most other laptops or tablets with similar specs, but it’s also designed for finger touch or keyboard input… but not stylus input. The display is plastic and can be easily scratched with a pen, so there’s no active digitizer for pressure-sensitive input.

You could theoretically use a capacitive touch stylus, which shouldn’t damage the screen. But it also won’t support pressure sensitivity.

Other features of the Zenbook 17 Fold OLED include:

Adding the ErgoSense Bluetooth keyboard adds another 300 grams (11 ounces) to the total weight.