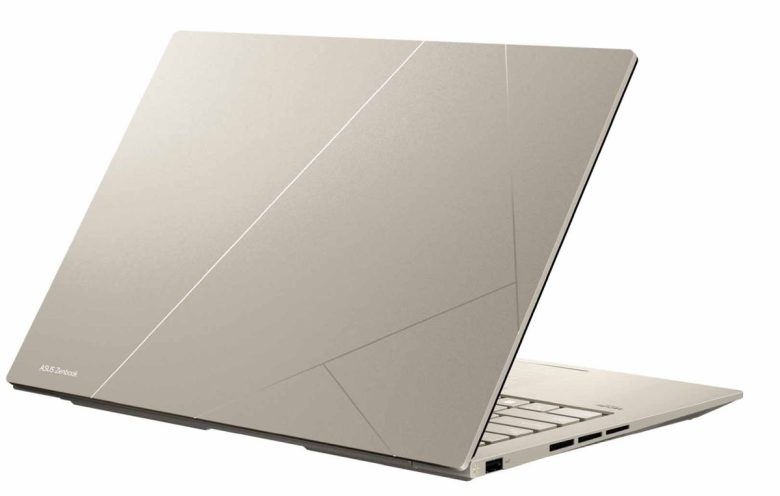 The display is probably the notebook’s stand-out feature. It’s a Pantone Validated screen with 100% DCI-P3 color gamut and a 0.2ms response time.

But the display isn’t this notebook’s only distinctive feature. It also has a “ceramic-like coating” for the lid, using a process called plasma electrolytic oxidation, or PEO. It’s said to give the lid a finish that’s harder than aluminum alone, while offering resistance from fingerprint smudges, fading, and other signs of wear. There’s also also optional support for an Asus Numberpad, which basically lets you use the trackpad as a numeric keypad with the press of a button. 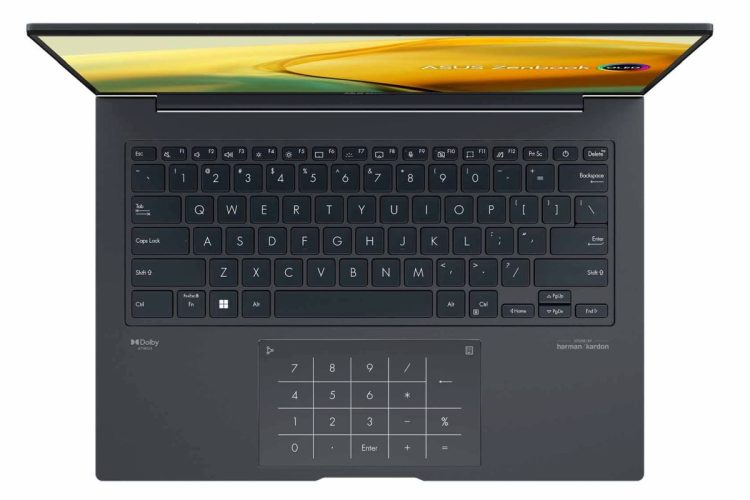 And as we’re seeing from a number of PC makers this year, Asus didn’t have to compromise on processing power to achieve a thin and light design. The new Zenbook 14X OLED supports Intel Core i5-13500H, Core i7-13700H, and Core i9-13900H processor options, LPDDR5-4800 memory and PCIe Gen 4 storage.

It also has two Thunderbolt 4 ports, an HDMI 2.1 port, a USB 3.2 Type-A jack and headset jack,. support for WiFi 6E and Bluetooth 5.2, and a FHD IR camera with support for face recognition. 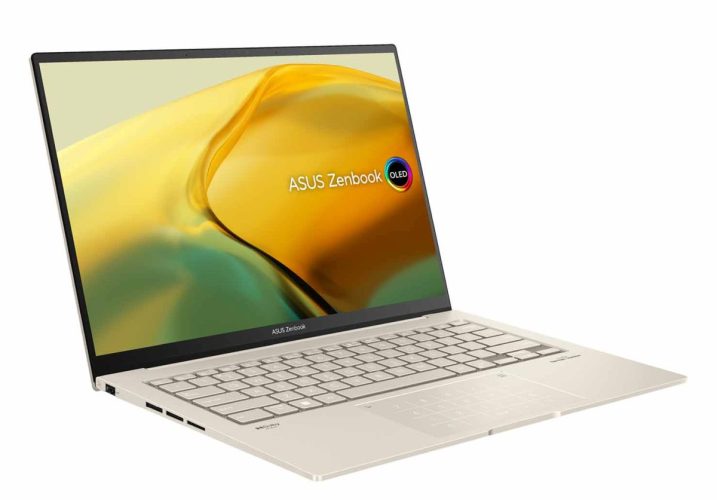 The Zenbook 14X OLED is powered by a 70 Wh battery and comes with a 90W or 100W USB-C power adapter, depending on the configuration. But Asus says it can be used with “a wide range of standard 5-20V USB-C chargers” or power banks for charging on the go.