It’s been more than a year since Asus unveiled its Zenbo robot, and it’s currently up for pre-order in Taiwan. So when is Zenbo coming to America?

I have no idea… but I do know that the robot butler/smart speaker-on-wheels passed through the FCC this week. 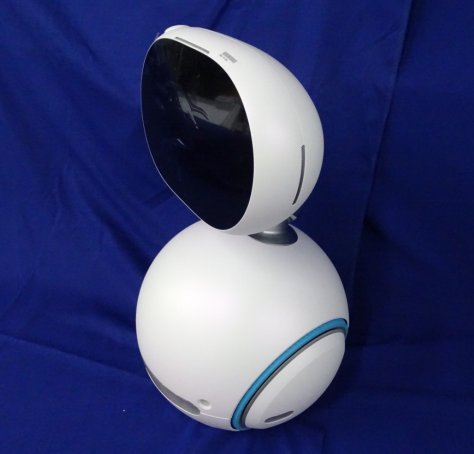 Documents posted to the FCC website include a user manual, photos of the robot, and pictures showing what’s under the hood.

According to the manual, the Asus Zenbo robot is powered by an Intel Atom x5-Z8550 Cherry Trail processor and features 4GB of RAM and either 32GB of 128GB of storage. It has a 10.1 inch WXGA multitouch display which functions as the robot’s face and/or visual user interface.

The manual also says the robot features a 95 Wh battery, but the battery shown in pictures on the website seems to be a 125 Wh battery. I’t sunclear which it will actually ship with.

Zenbo can also respond to voice commands, and works as a sort of glorified smart speaker that can follow you through the house. It features 4 digital microphones and a 15 watt speaker, and the robot s said to support English and Chinese and you should be able to activate Zenbo using a voice command from up to 5 meters (16 feet) away, although it’s only said to support speech recognition at distances up to 2 meters (6.5 feet).

Since this is a mobile device, it also has a drop IR sensor and a sonar sensor, among other sensors. And it features a 3D camera to help it move through space, along with a 13MP camera for shooting photos, videos, or allowing you to make video calls.

Zenbo uses Android as its operating system, although the software has been heavily customized. Among other things, this lets you stream content from Zenbo to a Chromecast-enabled TV. And you can manage your robot’s settings using an Android app on a smartphone or tablet.

Asus initially promised that the Zenbo robot would have a starting price of $599, but it’s unclear if it’s still on track to sell for that price if and when it goes on sale in the US.