Asus is adding a new model to its line of low-cost mainstream notebooks. The company introduced an Asus X201 at the IFA trade show in Berlin today.

The thin and light notebooks aren’t exactly ultrabooks. They feature hard drives instead of solid state storage, and come with lower power processors than you find in most ultrabooks. But they’ll also probably sell for much lower prices than the Asus Zenbook line of ultrabooks. 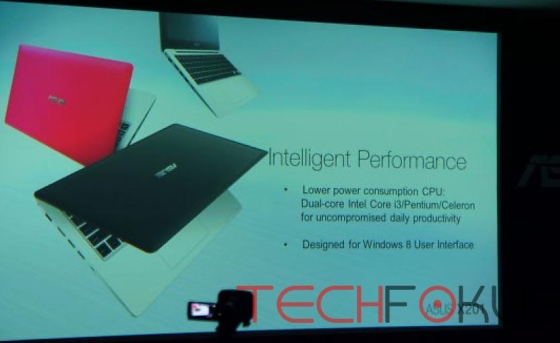 The new model is the smallest of the bunch, featuring an 11.6 inch display. It also has 3 USB ports, HDMI and VGA port, and an SD card reader.

Asus will offer models with Intel Celeron, Pentium or Core i3 dual core processors. All models are designed to support Windows 8.

The laptops will be available with black, blue, white, and pink lids. All models have chiclet-style black keyboards on a silver/gray background.