Asus is reportedly expanding its line of smartpohones with a new, smaller Padfone and its first smartphone based on the MeMO brand (which Asus currently uses for low-end tablets).

We first heard about these devices last month in a leaked product presentation, but now China Times confirms that Asus is working to bring them to market. 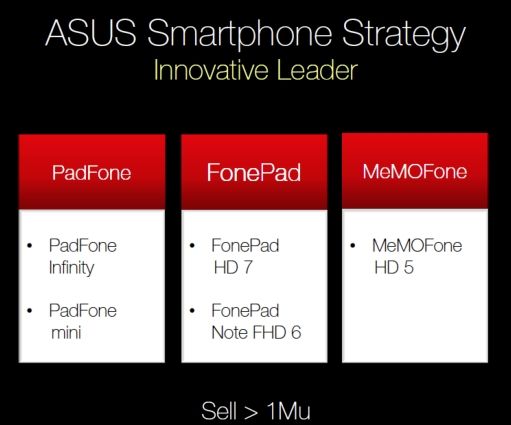 The Asus Padfone mini would work much like the company’s other Padfone products. You’d have a smartpohone that slides into a tablet dock, letting you use all the functions of your phone on a bigger screen (with the added benefit of a bigger battery).

But up until now all of the Asus Padfone devices have featured 10 inch tablet stations. The Padfone mini would be a 4 inch smartphone with a 7 inch tablet dock. It’s expected to launch in November or December.

There aren’t many details about the MeMOFone HD 5, but the name suggests it’ll have a 5 inch display, with a resolution of at least 1280 x 720 pixels.

One reply on “Asus working on Padfone Mini, MeMOFone HD 5”