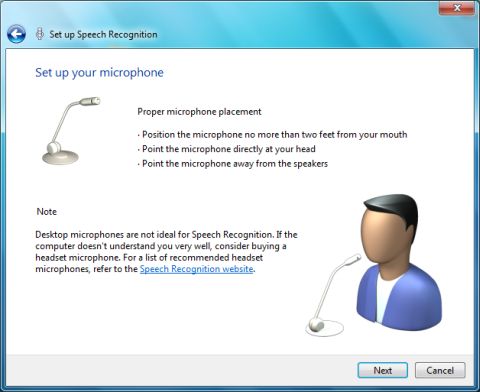 The other day TechRadar scored an interview with Asus CEO Johnny Shih. He spilled the beans on that crazy folding laptop that Asus showed at CES this year (it  should be available this fall for $1000 to $1500). But it’s not a netbook, and honestly, I’m not sure the concept makes a whole lot of sense, so I didn’t pay much attention.

But buried in that interview was another interesting tidbit: Asus has a team working on voice recognition and plans to incorporate voice control into some of its Eee PC and/or Eee Top products by the end of the year.

Now, this isn’t entirely new. The first Eee PC models released in 2007 had some limited voice features. You could launch a handful of Linux apps by enabling the voice control feature and talking into the microphone. But I imagine Shih and company have some grander plans in store — or maybe all he means is that some Asus products will run Windows 7, which includes a raft of voice recognition features.