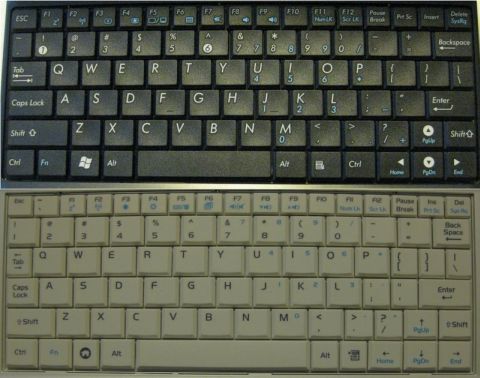 But that’s not all. It appears the two netbooks also have different keyboards. Liliputing Forums member RedsGT recently picked up an Eee PC 900HA and he’s posted a photo showing the two keyboards side by side. It’s a bit like one of those “spot the differences” puzzles. It took me a moment to notice some of the alterations, but the closer you look, the more you find. Here are a few differences I found:

Some of the symbols on the Fn keys also appear to be different, but that shouldn’t affect anyone’s ability to type.

If you can spot any other differences, point them out in the comments.