The Asus ROG Zephyrus S laptop was one of the most compact gaming laptops with a 15.6 inch display when it launched last year. Now Asus is making it smaller… and more powerful.

But despite the spec bump, the new model is thinner than last year’s model and has smaller screen bezels. Asus says the 2018 model is about the size of a typical 14 inch laptop (although that’s a distinction that’s becoming meaningless as we see a growing number of slim-bezel designs). 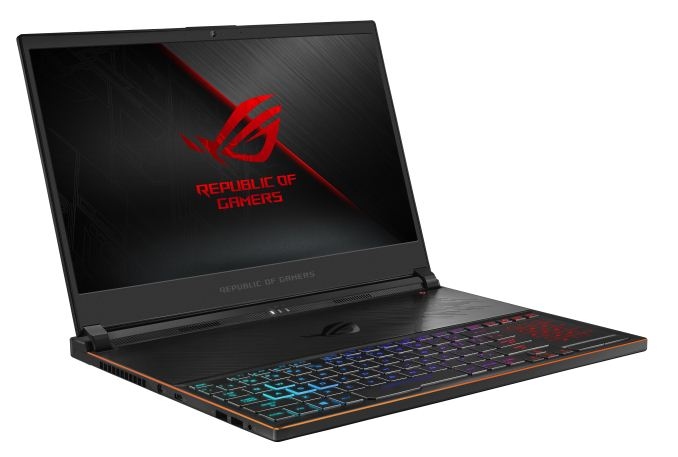 On the other hand, last year’s model was also available with NVIDIA GeForce GTX 1080 Max-Q graphics, so the fact that the new model lacks that option seems like a bit of a downgrade.

It’s the design differences that you’ll notice first though. In addition to the more compact design, the 2018 ROG Zephyrus S has an unusual feature to offer improved cooling: it’s thinner when closed than it it when you open it. That’s because opening the lid causes a vent to open at the back of the laptop, pushing the rear up a little and improving airflow to help keep the system cool. 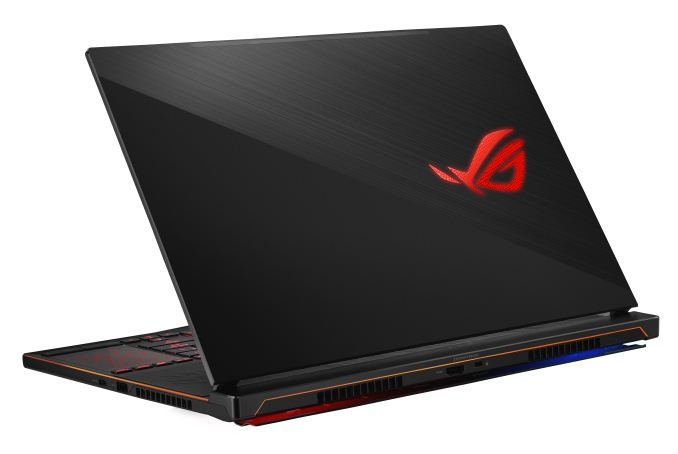 One defining characteristic that does carry through form last year’s model: the unusual keyboard placement. The keyboard is at the front of the laptop, which means there’s nowhere to rest your palms while typing. The system is apparently designed to help offer better cooling, but it does look kind of awkward.

To the right of the keyboard is a touchpad that can also be used as a numeric keypad.

Introducing the new #ROG Zephyrus S, the latest in the ROG Zephyrus Series and the world’s slimmest gaming laptop that brings hardcore gaming to an even thinner design framed by super-narrow bezels! pic.twitter.com/H7w2YEYw6S

via The Verge, Engadget, Gizmodo, and AnandTech