Asus is introducing three new compact desktop computers at the Consumer Electronics Show this week. The Asus ExpertCenter PN64-E1 is an updated version of a system the company first introduced a year ago, but now it’s powered by a 13th-gen Intel Core processor.

Meanwhile the Asus ExpertCenter PN42 is the company’s latest fanless, low-power system, now powered by an Intel Alder Lake-N processor featuring Gracemont CPU cores. And the Asus Chromebox 5 sports a 12th-gen Intel Core processor, but it has a nifty new feature: a wireless charging coil that lets you charge smartphones or other gadgets by placing them atop the mini PC.

Asus hasn’t provided detailed specs for the new systems yet, but here’s what we know about each so far.

This mini PC feature an Intel Raptor Lake mobile processor and supports up to 32GB of dual-channel DDR5 memory and two PCIe 4.0 x4 slots for solid state storage plus room for  2.5 inch drive.

It has a WiFi 6E card for wireless connectivity and a set of ports that includes: 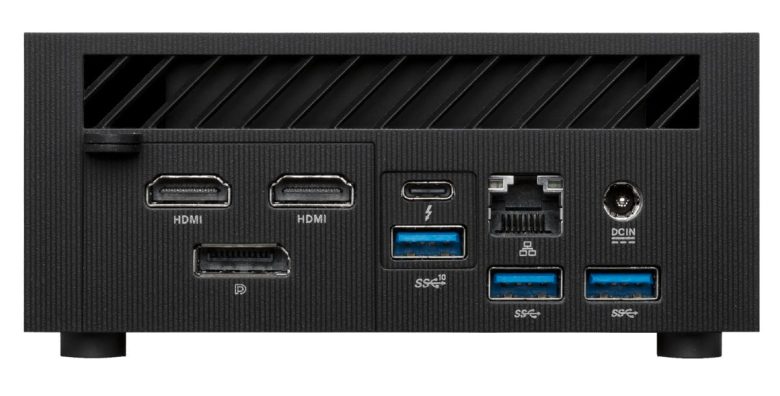 Asus says the system supports up to an 8K display or up to four 4K displays. And while the only thing the company says about the size is that it has a “sub-1-liter chassis,” the new PN64-E1 looks a lot like last year’s model, suggesting it’ll measure around 5.1″ x 4.7″ x 2.2″.

The Asus ExpertCenter PN64-E1 will be available in the first quarter of 2023.

This lower-power system will be available with a choice of Intel N100 or N200 processor options. Both are 6-watt, 4-core, 4-thread processors, but the N200 is a little faster and has better graphics.

It’s a fanless PC with a black chassis made from recycled plastic with “slats on all sides for efficient heat dissipation,” or as much dissipation as you can get from plastic, I guess. 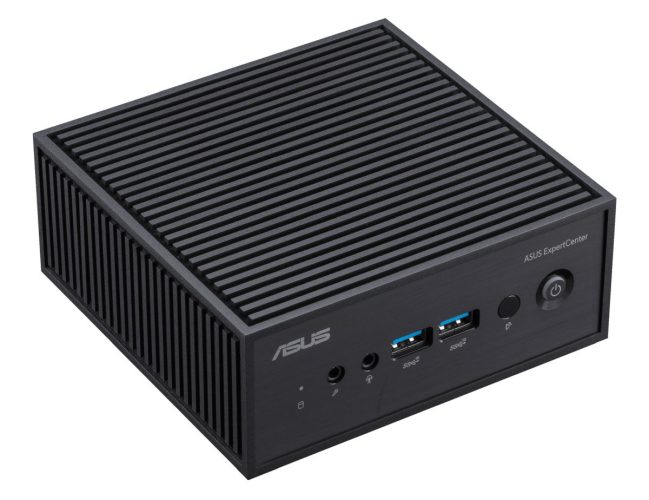 Asus says the system features “up to seven USB ports,” including the two USB Type-A ports shown on the front of the computer. It also has separate mic and headphone jacks, a 2.5 GbE Ethernet port, an M.2 slot for PCIe SSD storage, and support for up to three displays.

The Asus ExpertCenter PN42 will be available in the first quarter of 2023.

While the 12th-gen Intel Alder Lake processor that powers this little ChromeOS desktop computer isn’t as new or as powerful as the chips used in the PN64-E1, it’s a nice upgrade over the 10th-gen Comet Lake chips that Asus tapped for the previous-gen Chromebox 4. 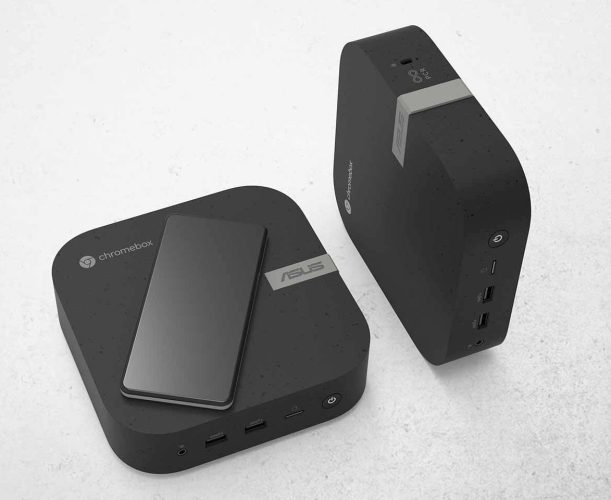 The new model also adds support for WiFi 6E (up from WiFi 6), a Thunderbolt 4 port (up from USB Type-C), and the aforementioned built-in 15W wireless charging top cover.

Asus says the Chromebox 5 can drive up to four 4K displays, and it’s compact enough to be easily mounted to the back of a display using a VESA mount kit. Of course, the wireless charging cover probably won’t be all that useful if the system is mounted vertically behind a display, but I suppose it’s a nice perk to have if you opt to position the computer horizontally on a desk.

The Chromebox 5 has a PCR plastic chassis with a textured, fingerprint-resistance surface, two HDMI ports, a DisplayPort, 2.5 Ghz Ethernet jack and five USB ports (one Thunderbolt 4 and four USB-A), and a microSD card reader. 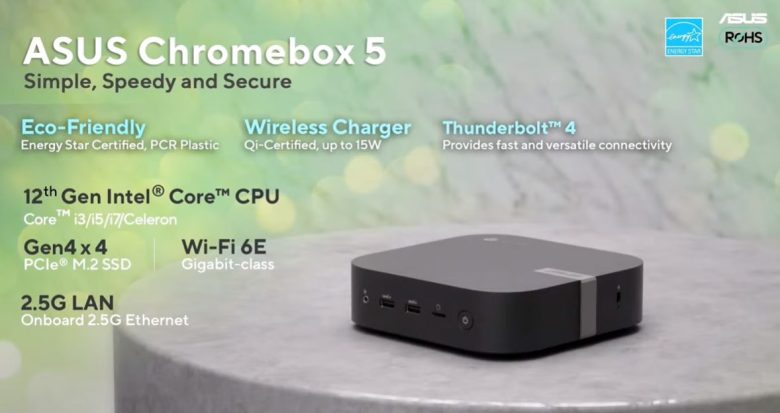 Under the hood it sports an M.2 slot for PCIe Gen 4 x4 storage, and Asus says the Chromebox 5 will be available with Intel Celeron, Core i3, Core i5, and Core i7 processor options. It should go on sale by the end of March with prices starting at $400.