Asus thinks it can do better: the company has just unveiled a smartphone with a whopping 256GB of built-in storage. 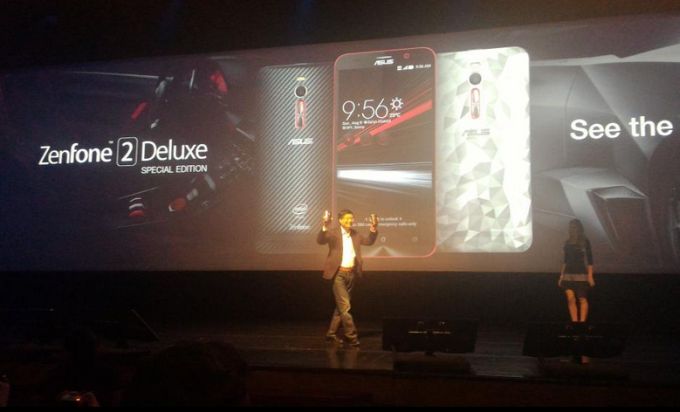 The Asus Zenfone 2 Deluxe Special Edition is a variant of the Zenfone 2 I reviewed a few months ago. It’s a pretty nice phone if you don’t think 5.5 inch displays are too big.

The model I tested featured 64GB of storage, which seemed like plenty of space for music, apps, games, and other content, but there’s also a microSD card slot which you can use to store additional files.

With the new Zenfone 2 Deluxe Special Edition, you probably won’t need to use the microSD card slot, since the phone has 4 times as much internal storage space as the model I tested. Since built-in storage is usually faster and more reliable than removable storage (and since Android makes it easier to install apps to built-in storage), this is probably a good move.

Asus unveiled the new Special Edition phone in Brazil. It’s not clear if or when it will be available in other markets or how much it will cost. But the company also recently introduced a Zenfone 2 Deluxe with 128GB of storage which is expected to sell for about $360 in India. That model will also be available in Brazil (for a higher price).

For the most part, the additional storage is the only thing that sets the Zenfone 2 Deluxe line of phones from the original Zenfone 2. Other features remain pretty much the same, including a 5.5 inch, 1920 x 1080 pixel display, an Intel Atom Z3580 processor, 4GB of RAM, 13MP rear and 5MP front cameras, Android Lollipop software, and dual-SIM support.