Asus launched a new line of tablets featuring Intel Atom chips this summer. Now the company is making room for one more: the Asus MeMO Pad 7 ME57c is an Android 4.4 tablet with a 7 inch, 1920 x 1200 pixel display and an Intel Atom Z3560 quad-core, 64-bit processor.

It’ll sell for 199 Euros in Europe, and I suspect that means it’ll cost about $199 if and when it comes to America. 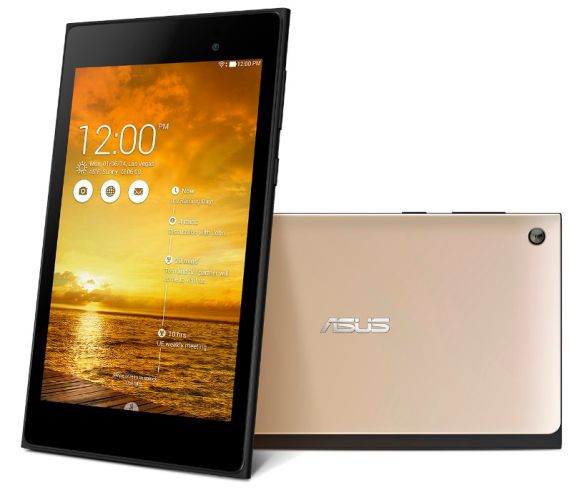 The new MeMO Pad 7 is powered by a quad-core Intel “Moorefield” chip which isn’t quite as powerful as the Bay Trail chips used in tablets like the MeMO Pad 8 that I reviewed recently.

On the other hand, it’s a low-power chip that should help the tablet get up to 11 hours of battery life while offering decent performance.

Asus will also offer models with 3G and 4G cellular capabilities in some regions. The model number for that version is the Asus MeMO Pad 7 ME572CL while the WiFi-only version is the ME572C.

The tablet will be available in black, red, or “rose champagne” colors and each model includes GPS, an ambient light sensor (something that the company’s Bay Trail tablets lack), stereo speakers, and a microSD card reader.