What you get for the money is a device with a 10 inch display, an NVIDIA Tegra 3 processor, Android 4.2 software, and a dock that lets you use the tablet like a notebook. But if you look closely at the keyboard you might notice something unusual: a Windows key. 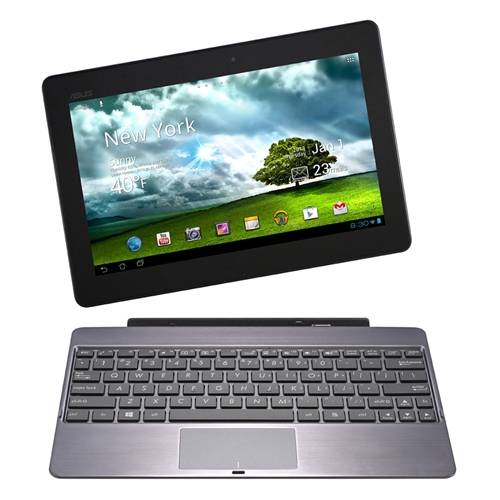 That’s because the Transformer Pad TF502T appears might not always have been an Android tablet.

Asus introduced a Windows RT tablet with identical specs in late 2012, but killed off that tablet in 2013. Rather than scrap remaining inventory or try to sell it off at fire-sale prices, it looks like Asus decided to replace the Windows RT software with Android and sell the device under a new name.

While the specs aren’t exactly cutting edge, the Transformer Pad TF502T doesn’t look like a bad device for $340.

This isn’t the first time we’ve seen an old product given new life thanks to an operating system swap. But often it’s up to users to snap up devices like the HP TouchPad and replace the operating systems with Ubuntu or Android. This time Asus has made the change itself.

via Notebook Italia and iFans