Asus is updating its Transformer Pad Infinity tablet with a faster processor and higher-resolution display. It will ship with an NVIDIA Tegra 4 processor and a 10.1 inch, 2560 x 1600 pixel display.

The model that launched last year was one of the speediest tablets around, and had one of the sharpest screens available. But times change, and a Tegra 3 chip and 1920 x 1200 pixel screen just don’t cut it anymore for a top-tier tablet. 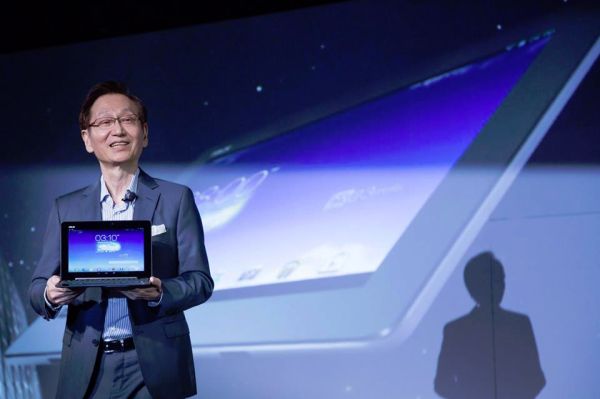 Like every member of the Transformer series, the new Infinity isn’t just a tablet. You can also attach an optional keyboard docking station to use the device like a notebook. The dock also adds a few extra ports and brings an extra battery which should just about double the tablet’s battery life.

The Transformer Pad Infinity has an IPS display with 178-degree viewing angles and the same screen resolution as the Google Nexus 10 tablet.

It’s powered by NVIDIA’s new Tegra 4 chip, which is a 1.9 GHz quad-core ARM Cortex-A15 processor with 72-core graphics. The tablet can send 4K video to a PC through the built-in HDMI port, but I’m not sure how many 4K movies you’ll be able to store on the Transformer Pad Infinity’s 32GB of storage.

The keyboard dock has a USB 3.0 port and SDXC reader.

The Verge reports that the Transformer Pad Infinity should launch this fall for around $399. A model with a keyboard dock will cost about $100 more.