The Asus Transformer Book T100 is an inexpensive Windows tablet with a detachable keyboard that lets you use it like a notebook. It sells for under $400, gets long battery life, and offers reasonably good performance for such an affordable, portable device. It was probably one of the most exciting devices I reviewed in 2013.

Soon you may be able to get an Asus Transformer Book T100 with an even faster processor. 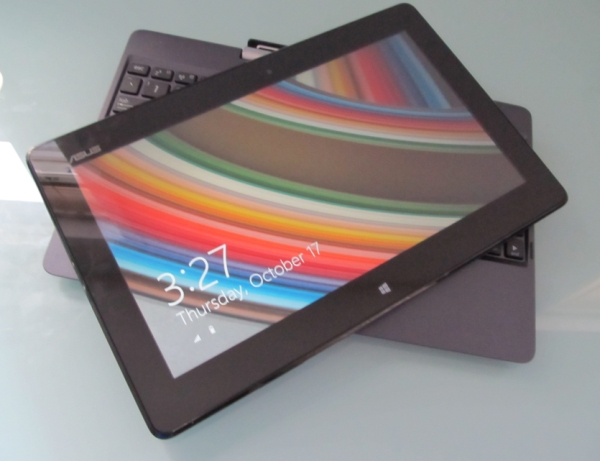 The original model featured a 1.33 GHz Atom Z3740 with burst frequencies up to 1.86 GHz. It still performed reasonably well at day-to-day tasks, and even some CPU-intensive activities. Neither model is exactly a high-end gaming device. But the new Intel Atom Bay Trail chips do a much better job of balancing power consumption and performance than earlier Atom processors.

Other specs for the new Transformer Book T100 include 2GB of RAM, 64GB of solid state storage, and at least some models seem to have a 500GB hard drive (which I suspect is contained in the keyboard dock, not the tablet itself).

There’s no word on whether the new models will be available in the United States or how much they’ll cost if and when they arrive.