Asus has introduced a new 11.6 inch convertible notebook with a touchscreen display that bends over backward to let you use the computer as a tablet. It’s called the Asus Transformer Book Flip TP200, and it joins larger products in the Flip family including the 13.3 inch Flip TP300LA and 15.6 inch Flip TP500LA.

Mobile Geeks spotted the new model on display at Computex in Taiwan this week. 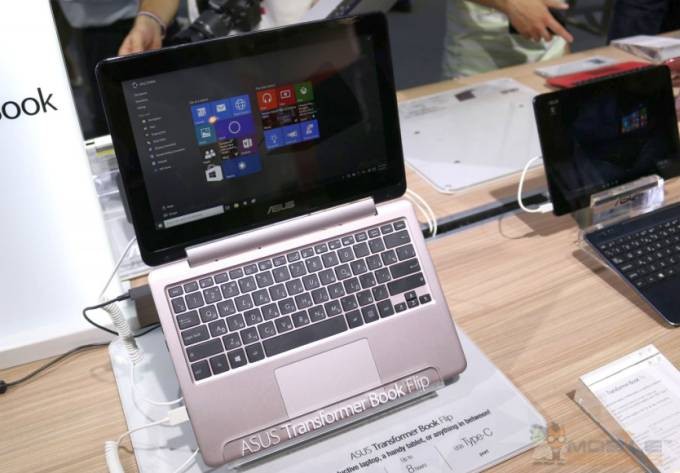 It also has a fanless design, thanks in part to the low-power 6 watt processor which doesn’t generate much heat.

The Transformer Book Flip TP200 will be available with up to 4GB of RAM and 128GB of solid state storage, but entry-level models will have just 2GB and 32GB, respectively.

Around the sides of the laptop you’ll find a USB 3.0 port, a USB 2.0 port, and a USB-C connector, as well as a separate charging port. There are power and volume buttons on the side of the laptop, allowing you to press those buttons even when you’re holding the computer in tablet mode. There’s also a microSD card reader and micro HDMI port.

Asus hasn’t announced pricing for the Transformer Book Flip TP200 yet, but other members of the Flip series tend to be priced pretty competitively with other notebook/tablet hybrids that feature 360 degree hinges.