Asus has been cranking out cheap Windows tablets for years, but in May the company announced plans to go after the premium tablet space with the Asus Transformer 3 and Transformer 3 Pro.

The tablets have high-res displays, detachable keyboard covers, and high-end specs. But if you were holding out hope that they’d be cheaper than rivals like the Microsoft Surface Pro line of tablets, it’s time to let go. 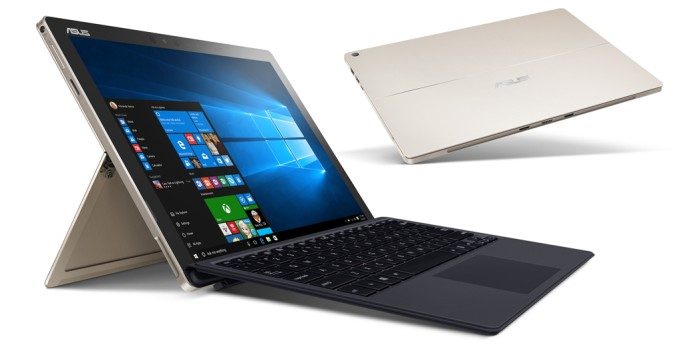 To be fair, you get a lot of power for that price. The tablet features a 12.6 inch, 2880 x 1920 pixel touchscreen display with an active digitizer and Asus Pen.

The Asus Transformer 3 Pro has an adjustable kickstand and comes with a keyboard cover featuring backlit keys.

According to the Transformer 3 Pro product page on the Asus website, there will also be a Core i5-6200U processor option, as well as options for as little as 128GB of storage or as much as 1TB. That suggests that there might be some cheaper models on the way.

But for now, it looks like Asus is very much positioning the Transformer 3 Pro as a premium device. Incidentally, $2168 is actually a little less than the price of a Surface Pro 4 tablet with similar specs: a model with a Core i7 CPU, 16GB of RAM, and 512GB of storage will set you back about $2200.

Asus is also launching a version of its ZenBook 3 thin-and-light laptop in India. While prices are expected to start at $999 in some parts of the globe for this 12.5 inch notebook that weighs 2 pounds and measures less than half an inch thick, it’s expected to sell for 147,990 Rs ($2,213) in India.

That’s the price for a model that will ship with an Intel Core i7 Kaby Lake processor though, along with 16GB of RAM and 512GB of storage.