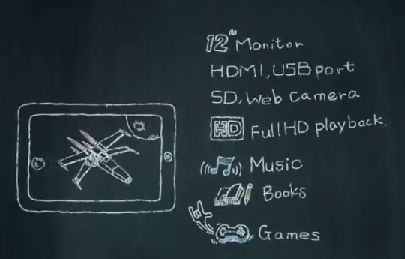 We’ve known that Asus is working on a Windows 7 tablet for a while, but now the company has put out a teaser video showing some of the tablet’s features. The company will debut the Eee Pad EP121 during the week of CES in January.

Here’s what we know about the EP121 so far: It will have a 12 inch display, multitouch input, an Intel Core i5 processor, and Windows 7 operating system. I’m starting to get the feeling that this tablet isn’t going to come cheap, but I’m holding out a bit of hope for a sub $700 price tag, because Asus is slapping the Eee brand name on it, which is usually reserved for the company’s more affordable products. Of course, it’s also possible the Eee Pad moniker is just an attempt to capitalize on the success of the Eee PC netbook brand and get people to pay attention to this tablet. I’d say mission accomplished.

A few early prototypes have popped up in the past, sporting 1366 x 768 pixel displays and detachable keyboards. In fact, it was way back in May that Asus first introduced the Eee PC 121 concept. At the time, Asus was talking about a price of $500 or less, but looking at the specs (and at other Windows tablets on the market), I’d be surprised if the company sticks to that.

Tablet computers with Intel chips and Windows operating systems have been around for about a decade, but while they’ve been popular with some business users and a small niche of consumers, they’ve never captured the public’s attention the way the Apple iPad has, whether due to their bulky form factor or high price tags or some other intangible aspect. Over the past year we’ve seen a few budget Windows tablets hit the market, but they’ve tended to have lousy battery life and mediocre performance. It should be interesting to see whether Asus has any original ideas that will make a Windows 7 tablet appealing to the masses.

You can check out the demo video after the break, where you can also hear Asus try out the latest pronunciation of its brand name.

via Notebook Italia and Tech in Style