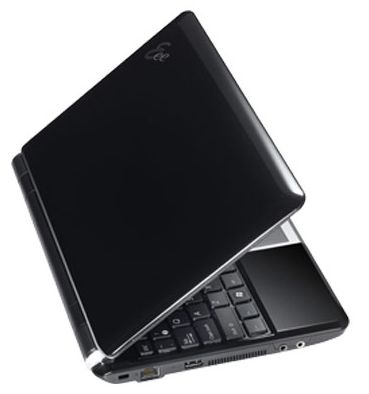 Last time I counted, Asus had over a dozen distinct Eee PC mini-laptops in its lineup. And I haven’t bothered to count in a while, but it’s wholly possible that the number has doubled since then. Asus doesn’t have the same kind of infrastructure as a company like Dell or HP which lets users pick and choose which components they want in a single computer model. So the only way to give customers a choice in screen size, hard drive or solid state disk, or other features is to manufacture a completely different model. But it costs money to keep pumping out all those different models, and it doesn’t necessarily seem to have helped Asus profit. Acer sold more Aspire One netbooks in 2008 than all the Asus Eee PC models combined. And up until recently there was only one computer in the Aspire One lineup.

A few weeks back, a rumor hit the web, saying that Asus would be consolidating its netbook lineup in 2009. And now PC World reports that that Asus CEO Jerry Shen has confirmed that rumor.

It’s not clear at the moement which netbook models Asus will be retiring. And the company has recently announced several new machines including the Eee PC 1000HE and the touchscreen-toting Eee PC T91 and T101H. So while it may be safe to assume we won’t have 2 dozen Eee PC configurations by the end of the year, it doesn’t look like Asus is going to take a page out of Acer’s book and offer just a single Eee PC mini-laptop.

Update: It looks like Asus will be phasing out some of its netbooks with 9 inch displays and shifting its focus to 10 inch mini-laptops. Asus CEO Jerry Shen says this means the average Eee PC price will probably go up a bit, but that the company does not plan to implement an across the board price hike as had been rumored.

7 replies on “Asus to reduce number of Eee PC models”