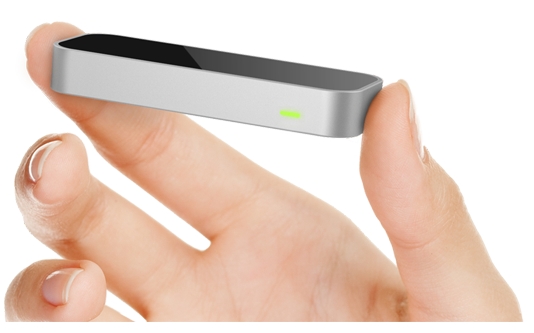 In other words, upcoming Asus computers won’t just let you use a keyboard, mouse, or touchscreen to interact with software. You’ll also be able to wave your hands in the air or do other silly motions like you just don’t care.

The Leap Motion system can detect movements as slight as 1/100th of a millimeter and can track all 10 fingers of your hand at 290 frames per second.

Long story short, the system could be even more accurate than a keyboard and mouse or a video game controller — assuming you’ve got apps that can take advantage of the motion controls.

The computers will come with the the Leap Motion app store, which will make it easier to find software that takes advantage of the motion control system.

Leap Motion is also making a standalone unit that you’ll be able to pair with other computers. It’s available for pre-order for $69. But Asus is the first major PC maker to announce it will offer computers with the system baked in.