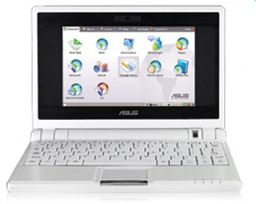 You know how the other day we were talking about whether netbooks were a threat to Microsoft because so many of the little laptops run Linux? Yeah, apparently the answer if you happen to live in the Philippines is no. Because one of the top netbook makers has decided to stop offering a Linux option in the Philippine market.

Manila Bulletin reports that an Asus official said at a recent event that the company will only be selling Windows-based Eee PC netbooks in the Philippines from now on. He says the response to Linux in the region has not been positive, so Asus will focus its efforts on Windows machines.

One of the reasons companies like Asus looked to Linux in the first place is because the open source operating system provided a way to help keep the price of low cost ultraportable computers down. But Microsoft is now making discounted Windows XP licenses available to netbook and other “ultra low cost PC” makers. Add to that the fact that Asus is now pumping out millions of netbooks a year, which helps drive down the manufacturing costs per unit, and it’s easier for the company to offer Windows on a $300 or $400 machine than it was a year ago.

There’s no word yet on whether Asus plans to go Windows-only outside of the Philippines.