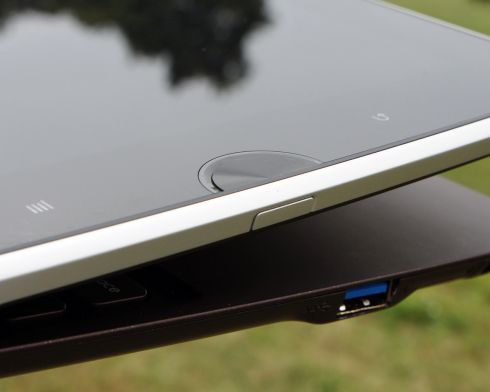 Asus is set to introduce a new line of tablets (among other things) at a pre-CES press conference a week from today. But the company has decided to whet our appetites by releasing a few photos of three new Eee Pad models.

Some of the photos clearly show a physical keyboard — although it’s not entirely clear from these camera angles whether we’re looking at a tablet with a detachable keyboard (as we’ve seen on earlier prototypes), or a more traditional tablet with a built-in keyboard and pivoting display which can fold down over the keyboard.

The tablets all appear to have attractive designs, which is really the point of dropping these photos on the unsuspecting public. But we still don’t have any official specs. We know that Asus plans to introduce a 12.1 inch model running Windows, and it’s likely that smaller tablets running Windows and/or Android are also in the works. But we’ll probably have to wait until next week for all the details.

Others look to be more straightforward slates, though there’s one – shown in cross-section – which is made up of two layers. It’s not clear whether that’s the same device as the convertible tablet, or another design, perhaps with a slide-out thumbboard.

According to previous leaks, one of ASUS’ tablets – we’re guessing the convertible – will be powered by Windows 7 and use Intel Oak Trail chips, while the other two will be more consumer-focused and  Android on NVIDIA’s Tegra 2 chipset. All are expected to have 10-inch displays.