Asus didn’t publicly introduce any new tablets at the Consumer Electronics Show this week. In fact, the only new product the company showed off was the upcoming Qube Google TV set-top-box.

But that doesn’t mean Asus didn’t bring a few new toys to Vegas. In private meetings with retailers, the company was showing off new 7 and 10 inch tablets… and Dutch site Tweakers.net managed to get a few photos and details.

It’s not surprising that Asus has new tablets in the works. We’ve been hearing about new low-cost 7 and 10 inch models for weeks. But it’s nice when rumors and leaks can be confirmed.

In other words, it’s sort of like a really cheap alternative to the Google Nexus 7, which isn’t exactly expensive, with a starting price of $199.

The ME172V also has a TN screen instead of the IPS display on the Nexus 7, which means the viewing angles and image quality won’t be nearly as good.

Pricing hasn’t been announced, but I’d be shocked if anyone tried to charge more than $150 for this tablet, and my gut tells me it will sell for substantially less than that.

Asus is also showing off a larger tablet with better specs… although they’re still kind of early 2012-era specs. 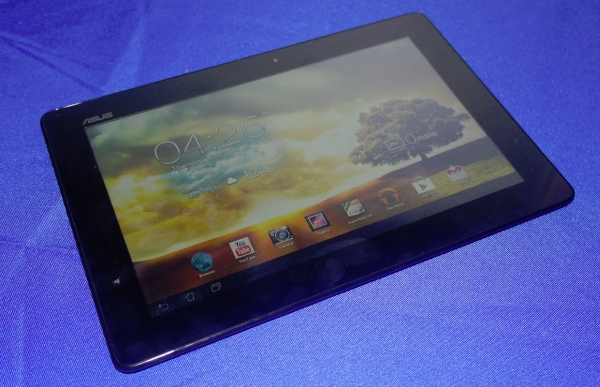 Tweakers.net says the tablet has an aluminum back and is very thin and light.