The Asus PadFone is an Android smartphone that you can slide into a tablet-sized docking station when you want to use a 10 inch display and louder speakers. But that doesn’t mean you’re stuck looking at apps designed for a 4 inch screen on the larger display. 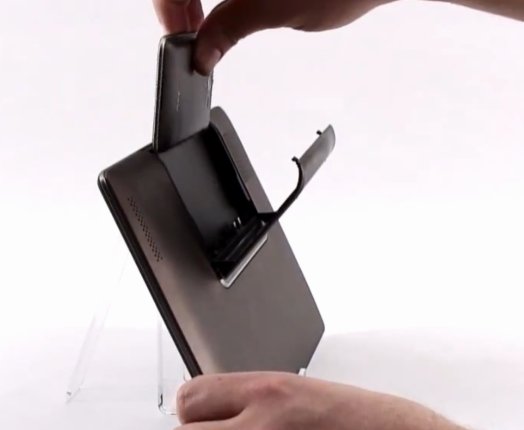 Instead, the PadFone uses something Asus called Dynamic Display to prompt apps to automatically switch from a phone user interface to a tablet UI once the phone is docked.

Google Android 4.0 Ice Cream Sandwich is the first version of Android designed to run on both phones and tablets, but many apps look different on devices with different screen sizes. For instance, the official Gmail app switches from a one-pane view on a phone to a two-pane mode with navigation on the left and messages on the right when you switch from a phone to a tablet.

Asus says a number of apps will support Dynamic Display out of the box — but the company is working with app developers so that more apps will work. That suggests that not all apps will necessarily be able to switch automatically when the phone is docked.