The Asus Zenfone 2 which launched in 2015 has pretty great hardware for a mid-range phone, but I was a little taken aback by amount of unnecessary apps that come pre-installed: I counted 36.

Now Asus is outlining plans for the next major software update for the Zenfone 2 and a bunch of other phones… and along with bringing Android 6.0 to the phones, the company says it’ll remove a few of its ZenUI apps. 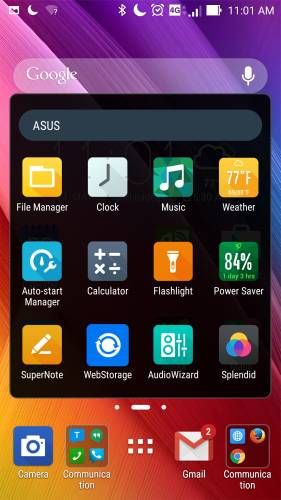 The update will replace the Asus Messenger, Asus Mail, and Asus calendar apps with Google Messenger, Calendar, and Gmail. Well, sort of.

If you’re currently using those apps, you’ll continue to have them. But if you perform a factory reset of your device after upgrading from Android 5.x to Android 6.0, the Google apps will be set as the default apps on your device. You can always download the Asus apps from the Play Store if you want.

As for the other 33 apps? It looks like they’re sticking around.

Asus says it’ll roll out Android 6.0 for the following phones in the second quarter of 2016: