The Asus ROG Zephyrus G14 was one of the most widely praised laptops released in 2020 thanks to a combination of its compact design and impressive performance thanks to a Ryzen 4000HS series processor and NVIDIA RTX 2000 graphics. The fact that it also has a grid of LED lights on the display giving it a bit of extra flair probably didn’t hurt, but I’m not sure how much it helped either.

Now Asus is refreshing the ROG Zephyrus G14 with new models for 2021 featuring up to an AMD Ryzen 9 5900HS processor and NVIDIA GeForce RTX graphics. The laptop still has a starting weight of 3.5 pounds and comes with an optional “AniMe Matrix” LED light system on the lid (although that increases the weight to 3.75 pounds).

And if you’re looking for something a little larger, there’s the ROG Zephyrus G15. It’s a 4.2 pound notebook with similar specs, but a larger display and bigger battery. Both new models should be available in the first quarter of 2021. 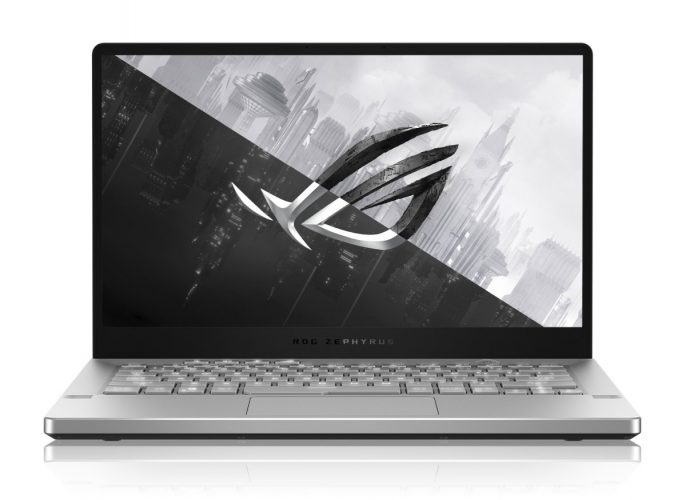 Both laptops support up to 32GB of DDR4-3200 memory and feature M.2 slots for PCIe 3.0 NVMe solid state drives.

The Zephyrus G14 has a port selection including:

The 15.6 inch model is only a little different, in that both USB-C ports support power delivery and DisplayPort functionality and the laptop has an Ethernet jack and microSD card reader.

The Zephyrus G15 also has a larger battery than the G14 at 90 Wh rather than 76Wh. And it has a louder speaker system consisting of 4 x 2W woofers and 2 x 2W tweeters, compared with stereo 2.5W speakers with 0.7W tweeters for the smaller G14.