Asus is preparing to launch a third-gen ROG Phone smartphone designed for gamers. While the company hasn’t officially announced the Asus ROG Phone 3 yet, pictures and specs showed up at Chinese wireless regulator TENAA’s website recently, giving us a pretty good idea of what to expect.

Like its predecessors, the Asus ROG Phone 3 has some serious horsepower. This time around it looks like Asus plans to release a phone with an overclocked Qualcomm Snapdragon 865 processor and support for up to 16GB of RAM and 512GB of storage. 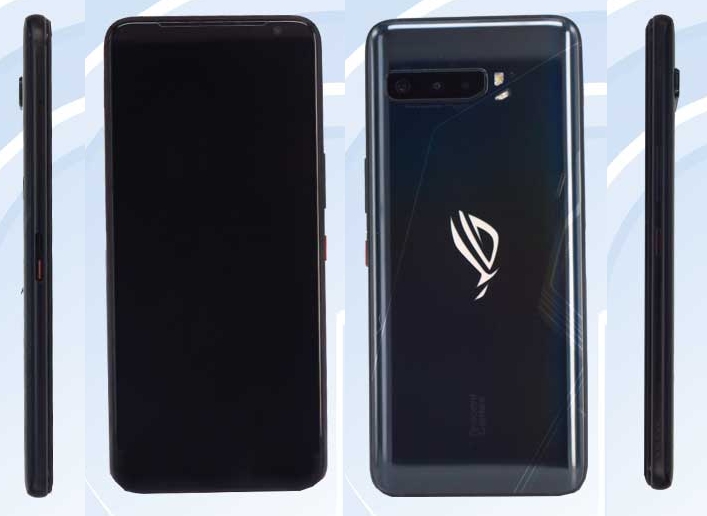 While the 3.1 GHz Snapdragon 865 processor seems to be a standard feature for all ROG Phone 3 models, only the highest-priced configuration will come with that much memory and storage. It looks like Asus may also offer models with 8GB or 12GB of RAM and 128GB or 256GB of storage.

Other features include a 5,800 mAh battery, USB-C port, and under-display fingerprint reader.

According to the TENAA listing, the Rog Phone 3 features three rear cameras including a 64MP primary camera and the phone measures 171mm x 78mm x 9.75mm and weighs 240 grams.

While the phone has powerful specs, there are a few things it doesn’t have — there’s no headphone jack or microSD card reader. But if the new phone is anything like the original Asus ROG Phone and ROG Phone II, it will probably have a docking port for add-ons including gamepads, dual screen cases, and desktop docks.

There’s no word on the price or release date, but the first Asus ROG Phone sold for $899 and up when it launched in 2018, and the ROG Phone II currently sells for around $940.

One reply on “Asus ROG Phone 3 leaked by TENAA (Gaming phone with up to 16GB RAM, 512GB storage)”