The ASUS ROG Flow Z13 is a 2.6 pound Windows tablet with a 13.4 inch display, a built-in kickstand, and support for a detachable keyboard. While those specs might make the tablet sound like an Asus-made alternative to the Microsoft Surface Pro, the specs tell a different story: the ROG Flow X13 is designed first and foremost for gamers.

Under the hood it has a 12th-gen Intel Core H processor, NVIDIA RTX 3050 Ti graphics, and the tablet is also compatible with the Asus XG Mobile external graphics dock if you need more horsepower. First introduced during the Consumer Electronics Show in January, the Asus ROG Flow X13 is now available for pre-order in select countries including the US, Canada and the UK. 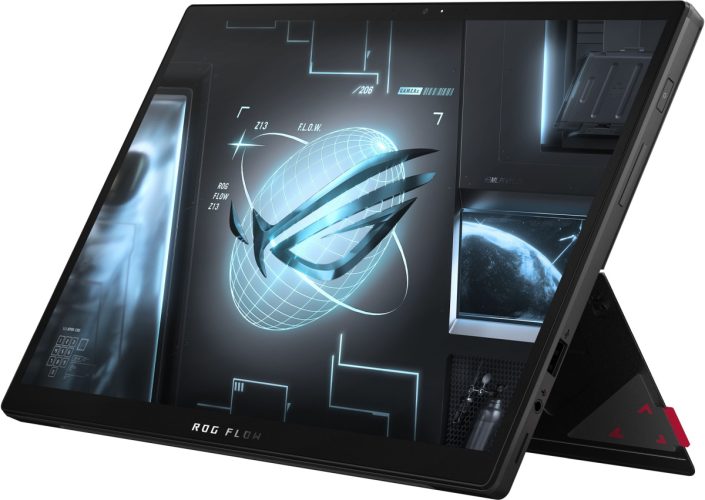 That same FHD+ model will sell for $1900 in the US eventually, but it’s currently listed as “coming soon” on the Best Buy US website and isn’t yet available for pre-order. 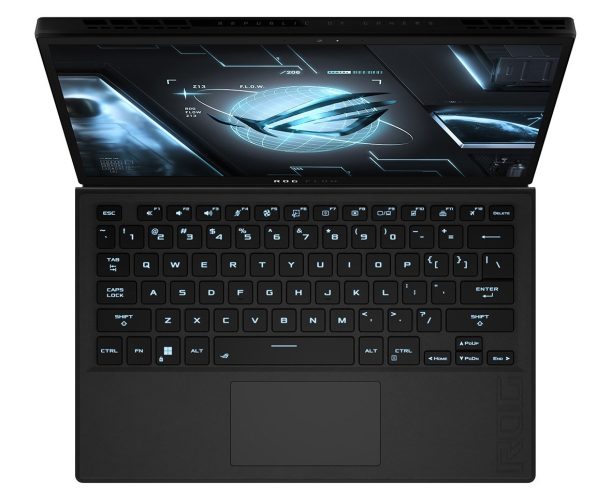 According to the Asus website, there may also be lower-priced models with Intel Core i7-12700H or Core i5-12500H processors in the future (the Core i5 model also lacks NVIDIA graphics, which means it’ll likely offer longer battery life when used as a standalone tablet, but gamers may want to invest in the  external graphics dock).

The Asus ROG Flow X13 measures 11.9″ x 8″ x 0.5″ and while models with NVIDIA graphics weight 2.6 pounds, the Core i5 configuration with only Intel Iris Xe graphics weighs a little under 2.5 pounds.

While the tablet hasn’t begun shipping yet, Russian website mobiletelefon published a hand-on video that provides a pretty good idea of what to expect in terms of real-world usage.