Asus is rolling out an update for the Transformer Pad TF300 which will bring Android 4.2 Jelly Bean to the 10 inch tablet. It’s available starting today in the US and the software update should roll out in additional regions later in March. 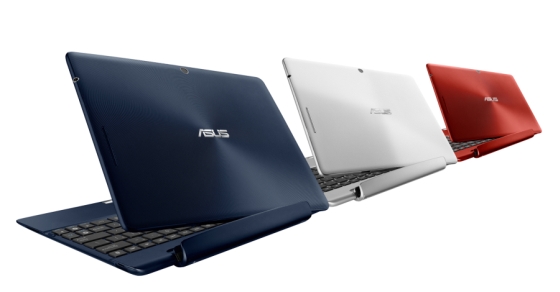 According to Asus the software update offers improved stability and bring support for multiple user logins on a single tablet. Google also introduced an improved keyboard, support for widgets on the lock screen, and other updates when the company first introduced Android 4.2 in October.

More than 4 months later, there are few Android 4.2 devices on the market, and the Asus Transformer Pad TF300 will be one of the few tablets that’s not part of Google’s Nexus program to offer the latest version of Android.

The tablet features a 10.1 inch, 1280 x 800 pixel display, an NVIDIA Tegra 3 quad-core processor, 1GB of RAM and 16GB or more of storage. As part of the Asus Transformer Pad family, it also works with an optional keyboard dock (sold separately) which lets you use the tablet like a laptop. The dock also has its own battery, which means you get roughly twice the battery life when using the tablet and keyboard together.

Asus says it will also roll out Android 4.2 updates for additional tablets including the Transformer Pad Infinity, Asus MeMo Pad 7 inch tablet and Asus MeMo Pad Smart 10 tablet during the second quarter of 2012, which starts in April.