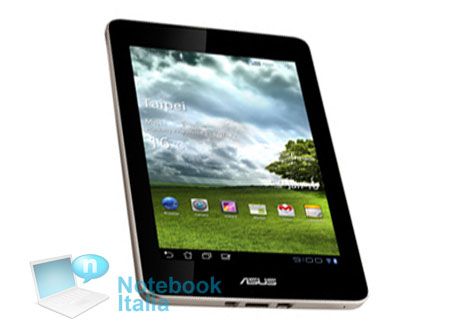 Asus may be getting ready to introduce a new Android tablet with a 7 inch display. It’s been about a year since the first time Asus introduced a 7 inch tablet — but the Asus Eee Pad MeMo never actually made it to market. It’s not clear if the new model is an updated version of the MeMo or something else entirely.

What is clear is that the folks at Notebook Italia got their hands on a promotional photo for a new tablet that’s choc full of the Asus Android look and feel, but on a smaller scale than the Eee Transformer or Slider 10 inch tablets.

I don’t see any stylus in the photo, so it’s not clear if this tablet will support any sort of pen input like the original MeMo. The menu at the bottom of the screen has home, back, and recent apps buttons, suggesting the tablet will ship with Android 3.2 Honeycomb or Android 4.0 Ice Cream Sandwich.

We’ll probably find out more about the tablet at the Consumer Electronics show next week.