The Asus PN50 is a small desktop PC powered by an AMD Ryzen 4000 series processor. First unveiled during an event in South Korea in June, the Asus PN50 is now available for purchase in the UK for about £275 ($350) and up and should ship in early September.

The little computer looks a lot like the older Asus PN60 mini PC, but there’s an important difference. While that earlier model has an 8th-gen Intel Core processor with Intel UHD graphics, the new version’s AMD “Renoir” processor should deliver a significant boost in CPU and graphics performance. 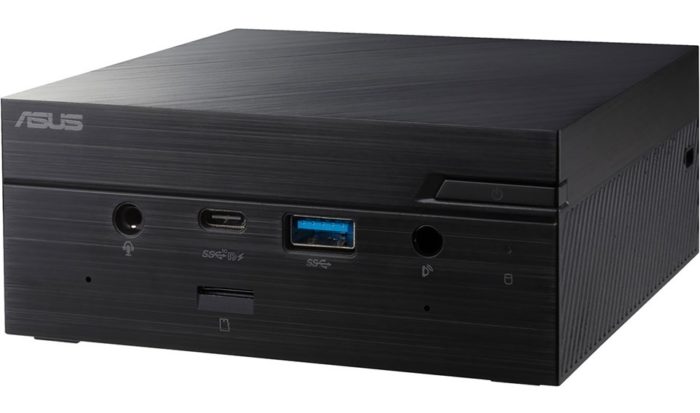 Under the hood there are two SODIMM slots for up to 64GB of DDR4-3200 memory. It also supports dual storage devices thanks to an M.2 2280 slot for a SATA or NVMe SSD and a 2.5 inch drive bay for a hard drive or solid state drive. And the system comes with a WiFi 6 + Bluetooth 5.0 wireless card.

But the thing that most sets this system apart from its predecessors (or other similarly-sized computers like Intel’s Frost Canyon NUC), are the processor options.

The entry-level model is a barebones computer with an AMD Ryzen 3 4300U quad-core processor, while a top-of-the-line version sports a Ryzen 7 4800U octa-core chip.

Here’s a run-down of the different configurations/prices available in the UK so far:

AMD’s Ryzen 4000 “Renoir” processors are all 7nm chips based on AMD’s Zen 2 architecture, and they each feature AMD Radeon Vega graphics. Designed for laptops and other small, low-power systems, they aren’t exactly going to rival AMD Threadripper chips for performance.

I haven’t had a chance to test a Ryzen 4000U-based computer yet, but based on reviews I’ve seen, AMD’s 15 watt U-series chips have largely caught up to Intel’s equivalent processors when it comes to power consumption… and in some cases they’ve surpassed Intel’s chips when it comes to performance.

The Asus PN50 should be available in South Korea in August before shipping from UK retailers in September. It’s up for pre-order in the UK from Amazon, eBuyer, and Scan.

There’s no word on if or when you’ll be able to buy the Asus PN50 in other regions. One thing to keep in mind is that the UK prices include a value-added tax and a 3-year warranty. So it’s possible that the Asus PN50 could be priced differently in other parts of the world.

You can discover more small computers by checking out Liliputing’s Mini PC section.

via Tom’s Hardware, SmartPC, iT dongA, and Dustin Home